Fans of Black Heart Bart will be heartened to learn the champ is back in training for a spring campaign in Melbourne.

The Blackfriars gelding has returned to Darren Weir’s Warrnambool stables for the first stage of a comeback following a no-show autumn.  “He’s down at the beach and will transfer to our Ballarat base later this month,” Weir’s racing manager Simon McCartin said earlier this week.  “He’s looking good and we’re managing the hoof problems that kept him sidelined earlier this year.”

Black Heart Bart hasn’t been seen since a trip home for a head-bobbing loss in the G1 Railway Stakes and a hard-luck midfield finish in the G1 Kingston Town Classic in December.

The G1 Memsie Stakes (1400m) is an early-season target at Caulfield on September 1.  He won the Memsie in 2016 and was runner-up to Vega Magic last year.

Black Heart Bart is the highest earner ($3.94 million) among 38 stakes winners by deceased Scenic Lodge champion Blackfriars.  The next one isn’t far away if Come Play With Me keeps improving during the winter season at Belmont.

Trainer Adam Durrant will give him another run in restricted company before taking aim at the LR Aquanita Stakes (2000m) on July 7 and LR Belmont Classic (2200m) on July 21.

Come Play With Me gave his rivals a galloping lesson with a daylight victory over Elegant Blast (Blackfriars) in the Seacorp Hcp (2200m) last Saturday.  He had paid his dues winning three times at Northam earlier this season and is ready for the next level now.

“There are better races in him and those 3yo black-type races are at his mercy,” Durrant declared.  “He’s a proper stayer and today’s win blew away the cobwebs ahead of next month.”

Come Play With Me is the second foal from Russian Playmate (Dr Johnson), a Listed winner of the La Trice Classic and Starstruck Classic for Durrant’s parents Geoff and Vicki in 2008.

Her first is Blackfriars mare Fast As The Wind who has won four races for Scenic Lodge principal David Smith, the most recent at Ascot on May 16.  She has an unraced 2yo (Black Russian) plus yearling and weanling colts by Blackfriars. 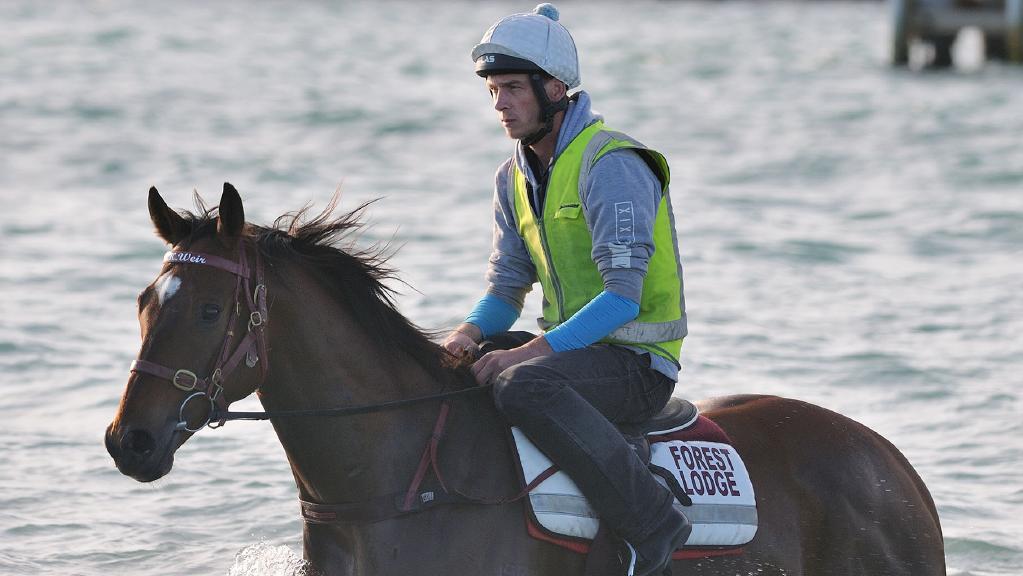