War God is by Champion WA stallion War Chant (USA) and has carried Rigg’s 8ER brand to 8 wins in Perth for a syndicate that also includes Oz Racing, Yarradale Stud owner Ron Sayers and On The Edge Racing.

He’s a younger half-brother to Sydney stakes winner Domine and sold for $35,000 through the Geisel Park draft at the 2014 Perth Magic Millions.

Earlier on Saturday, Rigg’s first-starter Braggadocios produced a bold performance when runner-up to top colt Fire And Rain in the Crown Perth Plate (1000m).  He had won a Lark Hill trial earlier in the week and handled the five-day turnaround like a real talent.

Connections were upbeat after the race considering he relegated star filly Kiss The Breeze into third spot.  “That was a very good field,” trainer Lindsey Smith claimed.  “I’m not big on 2yo racing but that was brave debut.”

Stewards reported he raced greenly in the straight and had a tendency to lay inwards near the 100m.

Braggadocios is a colt (for the time being) by Geisel Park stallion All American from Glorianna (King Cugat).  He was bred in the Hunter Valley prior to his sire’s move to Western Australia in 2016.

“If he pulls up okay we will push on to another 1000m race in a fortnight,” Smith said.  “Then I hope the owners have him gelded because he could be a nice horse for the future.”

All American will cover his second WA book at Geisel Park this season and Rigg has kept his service fee at $7,700 (inc GST) while bids continue to climb for his G1 Queensland Derby winner Dark Dream.

Trainer Kerry Parker revealed the latest offer from overseas interests had risen from $2 million to $2.50 million!   “That’s a lot of money.  The owners are happy to keep racing him but we will catch up to discuss things later this week.”

Parker is undecided about Dark Dream’s spring program, preferring to be guided by the gelding’s form in the new season although he did mention the G2 Tramway Hcp (1400m) at Randwick as a possible starting point on September 1. 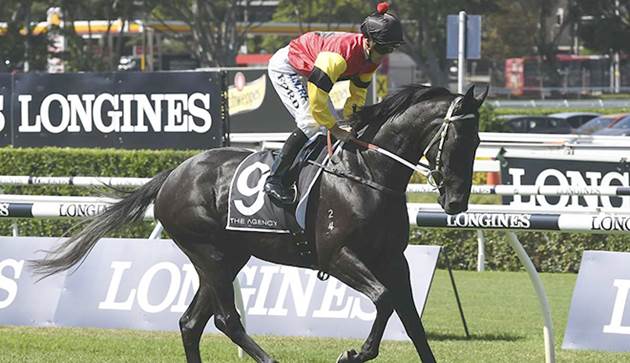