Eddie Rigg has conjured up a second Group 1 in two years to promote All American at Geisel Park Stud in WA.

Rigg was part of the syndicate that purchased All American in February 2016, a fortnight before his Champion Filly Yankee Rose first emerged in Sydney.  The 12yo stallion returned east last year but Rigg wouldn’t be denied and purchased him outright in May.

Two weeks later, on Saturday to be exact, Dark Dream gave All American another Group 1 lift in the $600,000 Queensland Derby (2200m) at Doomben.  His connections are now looking forward to an iconic Group 1 double in the $5 million Caulfield Cup (2400m) and $7 million Melbourne Cup (3200m).

“It’s a great result for Geisel Park and for Western Australia,” Rigg declared.  “It’s uncanny and so exciting.  I can’t believe we’ve done it twice in two years!”

All American served 113 mares at an $11,000 fee in his first Geisel Park book and Rigg is assured of bigger numbers second-up after pricing him at $7,700.

“We have some cracking weanlings on the farm at Myalup and have consistently received favourable comments from satisfied clients.  They wanted All American back and now he’s home for good!”

“Mary Jane retained Dark Dream and she rang up and booked the mare into All American as soon as Eddie announced he would be coming back,” Geisel Park studmaster Conor Dunlop revealed.  “She lost the mare’s first All American foal, a filly who was struck by lightning.

Dunlop had just rugged and boxed All American and Buchanan Girl ahead of a cold front that was due to hit the south-west on Saturday evening.  He’s also prepping five All American foals for the Magic Millions Winter Sale at Belmont on Sunday, June 24.

“You can’t keep them all, we have another 14 on the farm,” Dunlop explained.  “The pin-hookers will love them.  They’re all quality and will be Premier Sale yearlings in 2019.”

All American stands with French Group 1 winner Vert De Grece (Ire) at Geisel Park.  A son of former WA shuttler Verglas, he won the Criterium International by five lengths and earned a Timeform 2yo Rating of 116.

Hoofnote:  Rigg completed a feature race double when Mr Motown won the LR Beaufine Stakes at Belmont on Saturday.  He bred the Oratorio sprinter in partnership with Ron Sayers and sold him for $120,000 at the 2013 Perth Magic Millions.  They kept a share and the Beaufine increased his bank balance to $373,175. 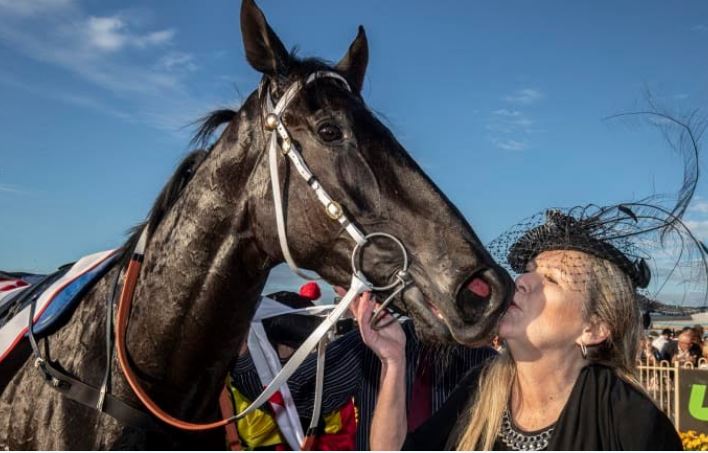