Material Man completed an interstate double for Vital Equine (Ire) in the the G3 Hyperion Stakes (1600m) at Belmont on Saturday.

Trainer Justin Warwick indicated the seasoned campaigner will head to Melbourne for a spring carnival that could include a start against Winx in the G1 W S Cox Plate.

Material Man advanced his career stats to 13 wins and $1.22 million in prizemoney after running down G1 Railway Stakes winner Great Shot. A half-dozen of those victories have been in black-type events including this year’s G2 Perth Cup.

“We’re going to be bumping into some of the world’s best horses but we just want to have a crack,” Warwick said as his daughter Lucy brought the winner back to scale. “He’s the best horse I’ve ever had and we’re going to give him a break and be ready for Melbourne on September 1.”

Material Man is homebred for Michael and Jill MacDermott and is by Vital Equine who stands at Rosalee Park in association with Yarradale Stud. His dam Del Lirio (Hussonet) won at Canterbury and her only other foal – Scandalous Miss (Scandal Keeper) – was placed in a Lark Hill trial last week.

Vital Equine is also the damsire of Tahitian Dancer who won the opener at Moonee Valley on Saturday. The Dawn Approach filly was third on debut after a slow getaway at Sandown last month but broke smartly second-up in the Ladbrokes 2YO Hcp (1200m).

“I think she’s a pretty good filly and we’ve liked her for a long time,” trainer Shane Nichols admitted. “We will put her away now and sort out a plan for the spring.”

The G2 Thousand Guineas Prelude (1400m) at Caulfield on Sunday, September 30 will be her grand-final a day after the AFL premiership decider at the MCG. Her part-owners include former football stars Tony Buhagiar and Darrell Panizza.

They also raced her dam Takanori (Vital Equine) to 4 wins in 7 starts topped by the LR South-West Breeders’ Classic at Bunbury. The Perth partners breed from her in conjunction with Willow Park Stud in NSW. 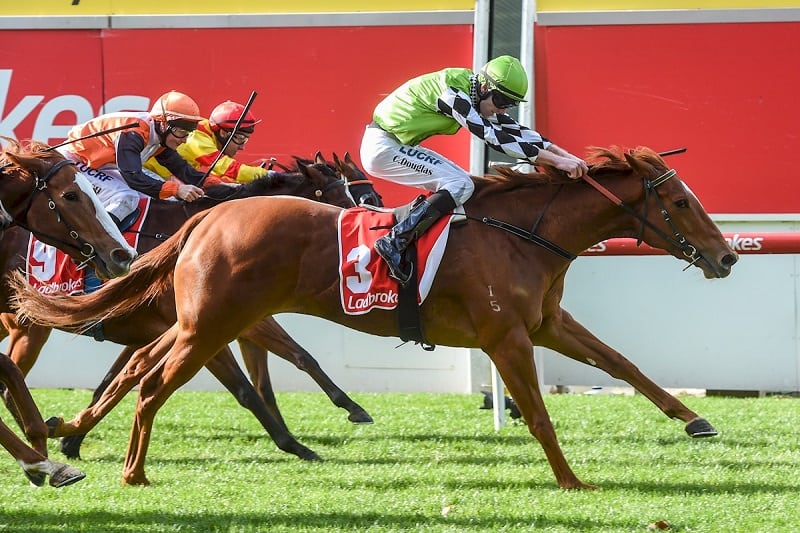