Simon Miller’s decision to keep Market Ruler in training for a winter campaign has set up a stirring finish to the WA 2YO Sires’ premiership this season.

There are 7 x $70,000 Saturday races and 7 x $24,500 Wednesday races programmed for Perth’s juveniles between now and the end of the season.  Westspeed bonuses could also play a part in the final result.

Market Ruler (2f Universal Ruler – Market Wrap by Pricelessly) increased her earnings to $262,635 after an on-pace victory in the Magic Millions Plate (1000m) at Belmont on Saturday.  She’s a homebred for David Reed and is a half-sister to Gold Broker (LR Melvista Stakes).

“Since the addition of blinkers she has gone to another level,” Miller told RWWA journalist Julio Santarelli.  “I’m really happy with her and she’s a marvel to have had so many runs in one prep and not train off.”

Reed sold a 30% share in Market Ruler at a charity auction last year and donated the proceeds to the Passages Resource Centre.  It’s a joint venture between Rotary and St Vincent de Paul helping homeless young people in WA.

Universal Ruler (Scenic) is also the sire of Miller’s top-class filly Lady Cosmology who won the LR Supremacy Stakes before a nose second in the G2 Karrakatta Plate.

Despite Market Ruler’s late-season rush, Lady Cosmology will be favoured for WA Champion 2YO Filly honours in 2017-18.  Scenic Lodge stands Universal Ruler for a $4,950 service fee. 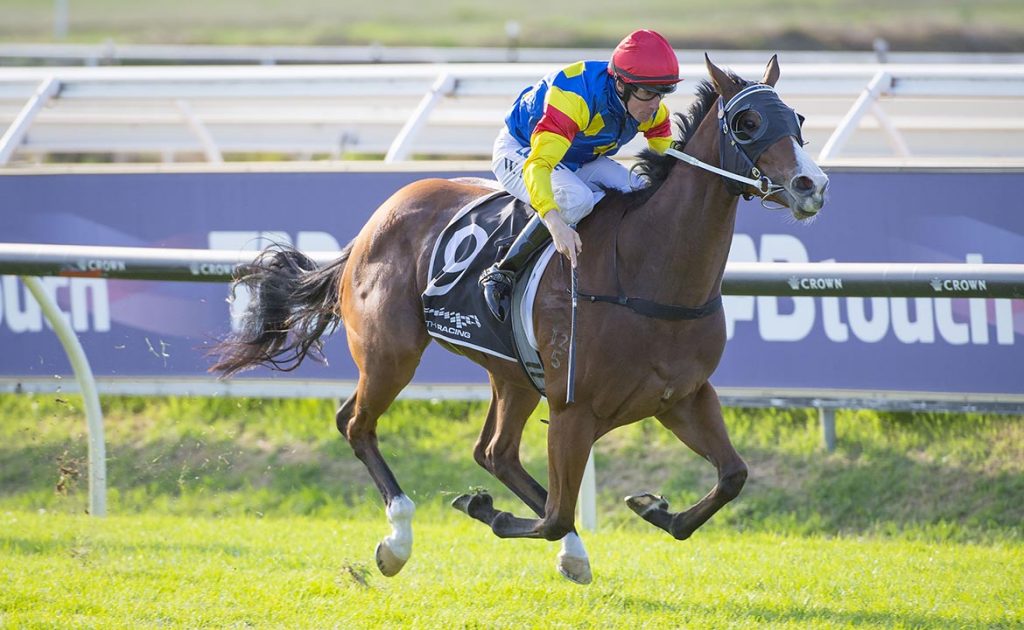