Stakes winning mare Ellicazoom set a WA record at auction when knocked down for $420,000 at Perth’s Magic Millions Winter Sale on Sunday.

Leading NSW operation Kitchwin Hills was the successful buyer for the Testa Rossa mare who was offered by Mogumber Park (as agent).  “She’s a quality mare and they were very hard to get on the Gold Coast,” Kitchwin Hills studmaster Mick Malone said.  “I love Testa Rossa and always wanted a quality Testa mare on the farm.

“Ultimately, we bought her as a broodmare but we will give her a campaign before heading to stud.”

The top selling yearling was the Snippetson half brother to Like a Butterfly.  He was offered by Scenic Lodge and purchased by agent Damien Wyer for $30,000.

The final auction at Belmont Park saw overall turnover reach $1.34 million.  “There’s been a lot of history here but we are looking to the future with our new purpose-built complex in the Swan Valley now in development,” Magic Millions WA Manager David Houston said.  “It’s a very exciting time and it will be ready for our Premier Yearling Sale in February.” 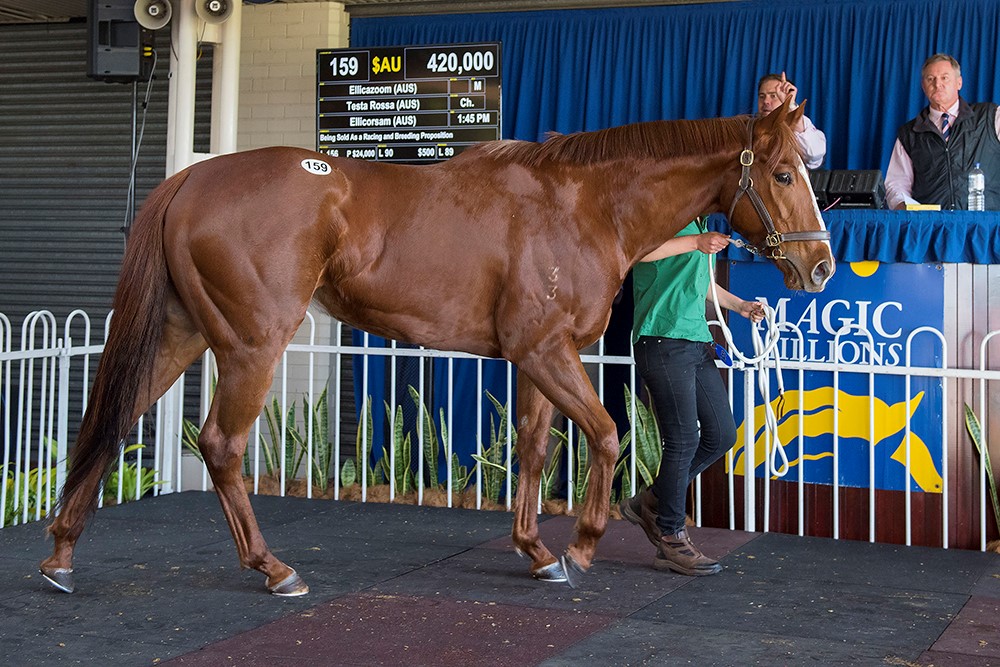