Scenic Lodge will highlight the Perth Winter Sale this Sunday with yearling colts by its resident stallions Snippetson and Universal Ruler.

Magic Millions has catalogued 200 head of yearlings, foals, breeding stock and racehorses for the final Winter Sale at Belmont.  Clearing work began this week on the site of its new sales complex in the Swan Valley.

Snippetson has taken over from Scenic Lodge champion Blackfriars as the leading active sire in the State.  “His younger half-brother to Like A Butterfly (Lot 23) is right up there with some of the better yearlings we offered in February,” general manager Jeremy Smith said.  “He was a bit behind the others when we were submitting entries for the Premier Sale but since then he’s developed into a outstanding colt.”

Like A Butterfly (Blackfriars) won the LR Ascot 1000 Guineas in March prior to playing bridesmaid in the G3 WA Oaks and G2 WA Derby.  There are four other stakes winners under her second-dam Prime Again (Marooned) and they all trained on to win more black-type as older horses.

The Universal Ruler colt from Pearlesque (Lot 20) is all quality according to Smith.  “He’s also jumped out of the ground after being given a bit of time.  It represents a great opportunity for someone paying a fraction of what he would have made in February.”

Universal Ruler has been a revelation this year siring 2yo stars Lady Cosmology and Market Ruler as well as stakes winners Abdicator and Rebel King.  His Winter Sale colt is a half-brother to this year’s LR Natasha Stakes winner Friar Fox.

Scenic Lodge has entered 15 mares in the Broodmare section this Sunday and they will be sold unreserved.  With Blackfriars no longer on the roster, a decision was made to reduce the numbers heading into the stud season.  They include;

Lot 42 Angel Sky (Hurricane Sky).  Talented sprinter who won 5 races up to 1400m at Belmont (3) and Bunbury (2).  Black-type right down the page and she’s in foal to G2 Karrakatta Plate winner Lucky Street.

Lot 53 Deboshnokov (Stravinsky).  Half-sister to G1 Thousand Guineas winner Inaflury.  She’s had two to race for two winners and will be offered in foal to Universal Ruler. 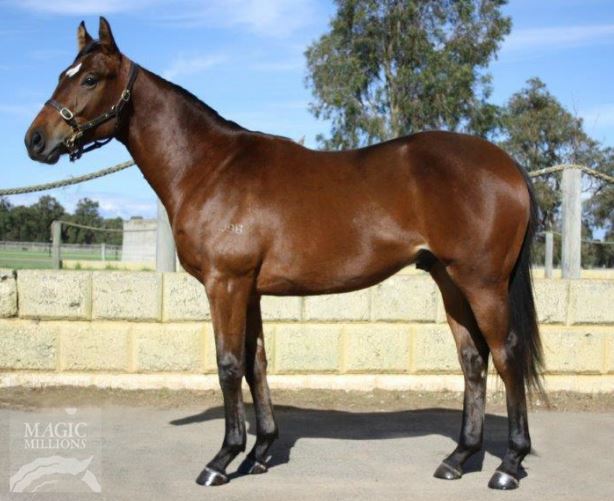