In a stunning coup for the local industry, A Lot is only the second son of Champion sire Tapit to stand in Australia following Darley shuttler Frosted.

“We were specifically looking for a different option to Danehill and Northern Dancer lines.” Mungrup Stud’s Gray Williamson said. “Tapit is red-hot right now and this son of Tapit fits the bill for WA. He holds the current 1400m record on grass in North America.

“A Lot is a classy-looking animal with a bit of size about him. Couple those looks with his bloodlines and it makes him a great outcross for our WA mare base.”

A Lot was destined for a brilliant career after changing hands for $410,000 at the 2013 Keeneland September yearling sale. He was bred by Liberty Road Stables and sold through the Gainesway consignment to successful owners John and Jerry Amerman.

Tapit sired him from Overly Tempting (In Excess) who won three races and was Group 1 placed in the Santa Monica Hcp. Her half-sister Tempting Date (Perfect Mandate) won 9 races topped by the LR California Cup Distaff Hcp at Santa Anita.

A Lot kicked off his career as a summer two year-old with a second-up win in a Belmont Park maiden over 1200m carving out the trip in 1:08.86s on turf.

Hall of Fame trainer Bill Mott brought him back at three for a Gulfstream Park allowance victory followed by a close second to Divisidero in the G2 American Turf Stakes at Churchill Downs. The winner caught him in the final strides and later claimed a Group 1 in the Turf Classic under the Twin Spires.

His next win was less than a month away when A Lot returned to Belmont Park for a five-length romp home in the LR Paradise Creek Stakes (1400m). Starting an odds-on favourite, he cleared out under a hands-and-heels ride from John Velazquez.

“He has that kind of acceleration and he gives to you quickly,” Velazquez said. “I didn’t worry about anything. I just decided to let him do it and that’s the way he did it.”

Transferred to Chad Brown for a four year-old campaign, A Lot added more black-type to his record with a track-record in the LR Elusive Quality Stakes (1400m) at Belmont Park. He clocked a sizzling 1:19.23s on turf, the North American current record over 1400m, under Irad Ortiz Jr.

“The horse came into us in very good condition from Bill,” Brown explained. “He showed a lot of heart. The second horse had him collared well before the wire but he wouldn’t let him go by. I was most impressed by that.”

Sent to Saratoga for the famed summer meet in upstate New York, A Lot finished an unlucky second in the G1 Fourstardave Hcp (1600m) to the Mott-trained Tourist. Tourist then went on to win the G1 Breeders Cup Mile.

Jockey Javier Castellano lodged a protest for interference but the objection was dismissed. “Tourist came in on my horse when we broke from the gate,” he told stewards. “I was supposed to be closer to the pace and had to change my strategy. I was too far behind and got beaten a length.”

For a colt by Tapit, that margin cost connections millions as a stallion prospect.

Tapit is one of the most influential sires of the modern era in Kentucky. He was a Group 1 winner of the Wood Memorial at Aqueduct and stands at Gainesway Farm for a $300,000 service fee.

The incomparable son of Pulpit (A P Indy) was North America’s champion sire in 2014, 2015 & 2016 and finished in the Top 5 last year when his leading earner was G1 Belmont Stakes winner Tapwrit.

There have been 24 Group 1 winners to date among 106 stakes winners. And his superiority has been reflected in the sale-ring with 24 yearlings knocked down for $1 million or more at auction. 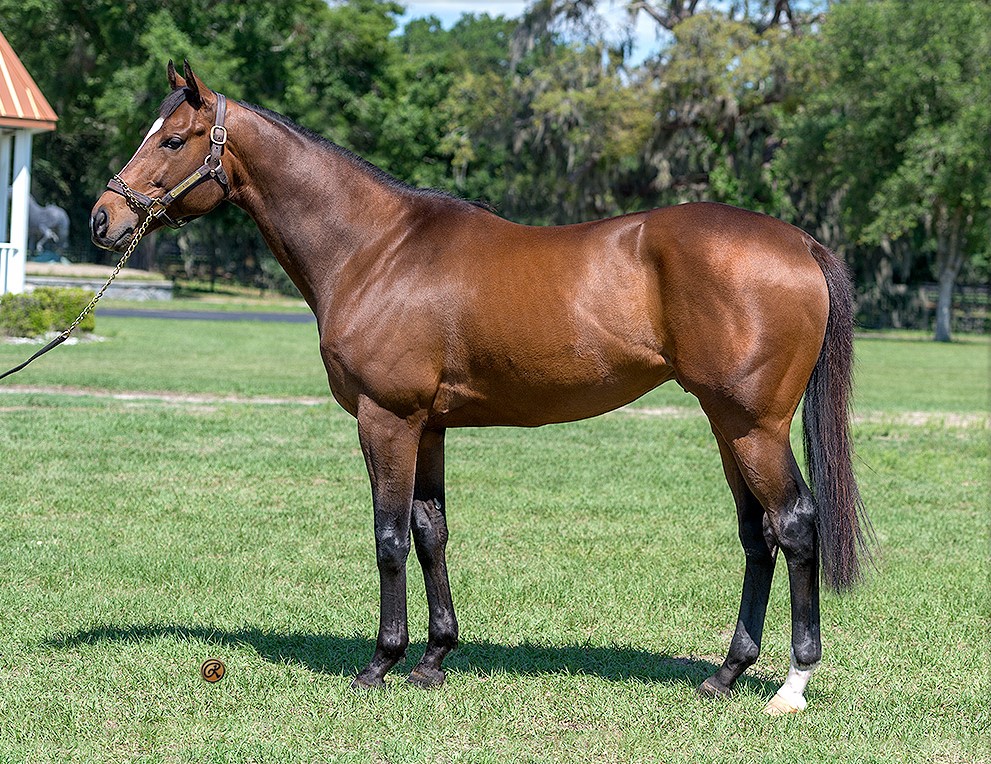