The former WA stayer has opened a short-priced $1.85 favourite for the $200,000 event off the back of a game victory in the LR Ipswich Cup (2150m) last weekend.  After scouting three-wide for the entire journey, he powered through the line to score by a head from First Crush (Husson).

“The other jockeys didn’t want to play my game and kept kicking up inside me,” winning jockey Dean Yendell explained.  “I went with them to the turn and we had a bit of a fight with First Crush but my horse kept fighting back.”

Trainer Darren Weir was critical of Yendall’s ride has replaced him with Blake Shinn in the Tatt’s Cup.  All going well, the 6yo gelding will back up again in the LR Caloundra Cup (2400m) at the Sunshine Coast on Saturday week.

Toreby Park owner Fiona Gerrard sold Tradesman (as agent) for $57,500 at the 2013 Perth Magic Millions.  He won the LR Belmont Guineas in Perth before managing part-owner and co-trainer Todd Harvey sent him to Weir earlier this year.

In six starts since moving east, Tradesman has earned over $183,000.

Trade Fair mare Tarquinn Shadow was also in the news at the Melbourne Great Southern Sale on Tuesday when making $115,000 as a broodmare prospect.  Offered in foal to Darley’s Group 1 winning shuttler Brazen Beau, she was purchased by Rothwell Park’s Scott Irwin in partnership with Aquis Farm and is set to be covered by Spieth later this year.

Tarquinn Shadow won a LR Starstruck Classic and $220,000 in prizemoney for part-owner and trainer Brett Pope who bought her for just $1,800 as a foal in Perth. 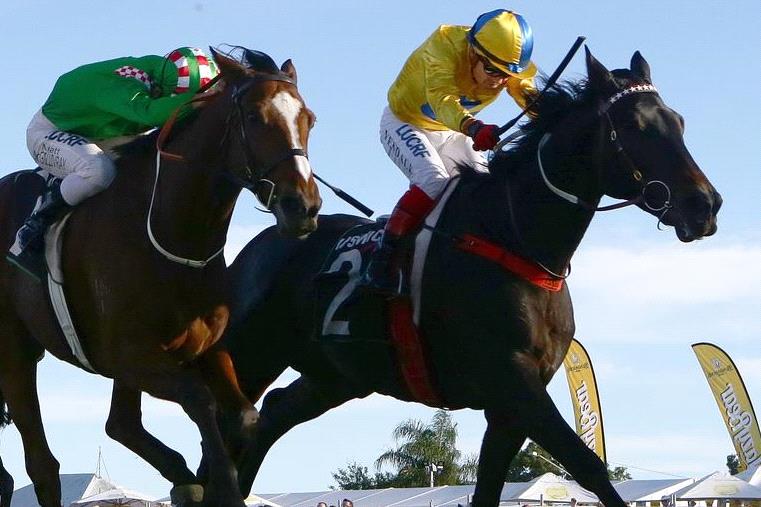