They top the State with Yarradale Stud resident War Chant at $11,000 (inc GST).

Oratorio sired a winning double at Belmont last Saturday starting with his 2yo colt Fire And Rain. He was resuming off a six-month spell in the Crown Perth Plate (1000m) and bookmakers weren’t prepared to take him on first-up as a $1.90 favourite.

His 3yo filly Misty Metal completed a hat-trick for Lex & Shirley Piper and she did it in style with a four-length demolition of older horses in the Schweppes Handicap (1000m).

Mungrup also stands I’m All The Talk at a fee of $5,500 (inc GST) and recent photos from the Great Southern nursery show he’s raring to go this spring. “It’s a joy to watch him belt around the paddock, he has serious speed!” Mungrup’s Ann Croucher reports. “His weanlings are built like him. Great rear ends, strong shoulders, plenty of scope.”

His trainer Gary Portelli has plucked Sydney winners from the Perth Magic Millions in recent years and he will be back in February to inspect the first yearlings by I’m All The Talk. “I want his progeny in my stable,” Portelli declared. “He was super fast and is a terrific stallion prospect.” 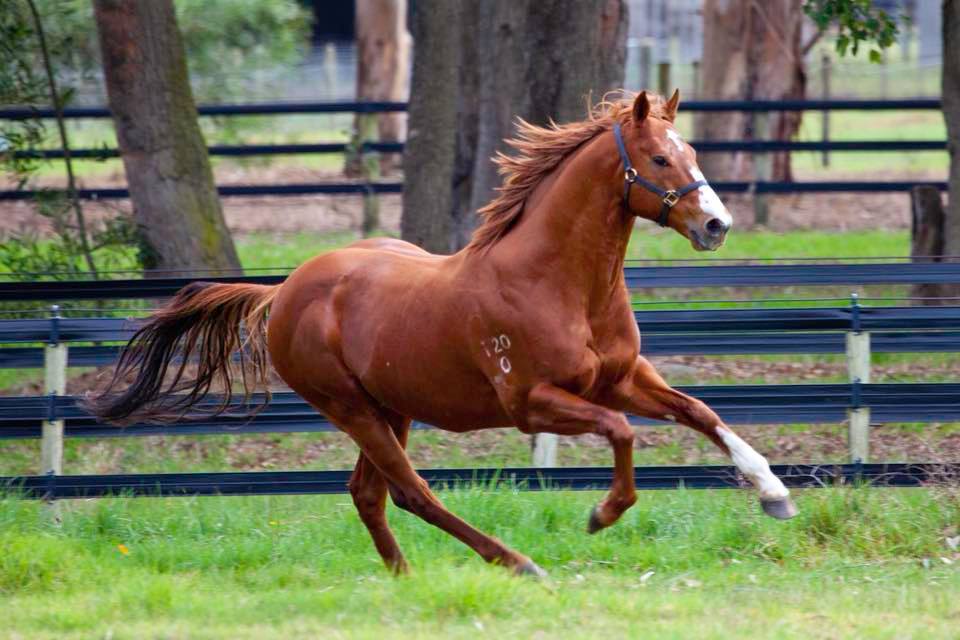