Another Aqua attack by Frosty Grey

Aqua Thoroughbreds owner Tom Curnow hit the jackpot with Group 1 mare Silent Sedition and he was back in the frame with another winner by a Yarradale Stud stallion on Wednesday.

His consistent filly Frosty Grey broke through with a front-running victory in the Community Living Australia Maiden (1200m) at Murray Bridge.  The daughter of Frost Giant (USA) started a short-priced favourite and benefitted from a cool ride by apprentice Anna Jordsjo.

“She deserved that win after coming close a couple of times,” Jordsjo said.  “There were a couple of challengers early before I was able to give her a breather.  Then she gave me a sustained run from the 600m and put a gap on them in the straight.”

Curnow had purchased Silent Sedition for $45,000 at the 2014 Perth Magic Millions.  The War Chant mare was a Group 1 winner of the MVRC William Reid Stakes in Melbourne and retired with earnings over $1.17 million.  Curnow pocketed another $1.50 million when he sold her to Katsumi Yoshida at the Magic Millions National Broodmare Sale last month.

But back when he bought Yarradale’s grey filly in February 2016, Silent Sedition was still a couple of weeks away from winning her first black-type race in the LR Bendigo Guineas.

Frosty Grey isn’t in Silent Sedition’s league but Wednesday’s win will improve her residual value for Curnow and trainer Chris Bieg believes it will give her the confidence to keep winning.

Meanwhile, her 2yo half-brother Metro Boy (City Place) looks an early winner for trainer Dan Morton after a debut third at Belmont last Wednesday.  Yarradale owner Ron Sayers also has a Gingerbread Man weanling filly from Born Princess and the mare is due to Bradbury’s Luck off a September cover last year. 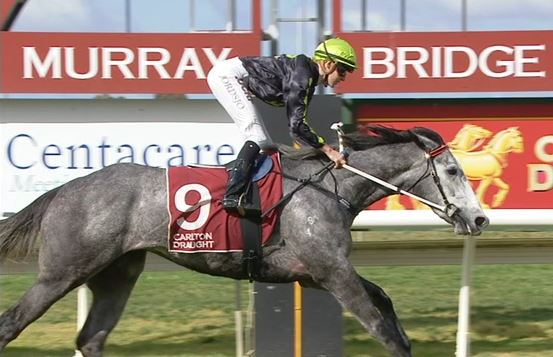