Trade Fair (GB) may be gone but won’t be forgotten if he keeps getting winners like Ambiente and Gunnago.

They doubled up at Belmont on Saturday for the former Alwyn Park sire who died in March.  And breeders who supplied mares in his last two books will be banking on a continuous flow of winners ahead of the 2019 and 2020 Perth Magic Millions Yearling Sales.

Entries for the 2019 Magic Millions close on August 10.  “I’ve nominated three by Trade Fair for next year,” Alwyn Park studmaster John Andrew said this week.  “He was a terrific horse.  An absolute professional whose progeny responded to kindness.”

Ambiente improved his record to 5 wins in 9 starts for breeder Ted van Heemst with a half-length victory in the Crown Sports Bar Hcp (1000m).  His dam Black in Time (Blackfriars) has a Street Boss colt who is a yearling on August 1 and is increasing in value all the time.

Gunnago broke a run of 10 outs winning the Vale Peter Miguel Hcp (1400m) to complete a card full of favourites on Saturday.  He races for Steve Roberts in partnership with Ed & Stacy Smith who own his dam Impatient Lass (Dr Johnson).  They sent the mare back to Trade Fair last year but she came up empty.

Keysbrook trainer Jason Pateman prepares Gunnago and he knows how to get the best out of the Trade Fairs.  “I love them,” he said.  “His colts are big and his fillies mostly small but size doesn’t matter – they can all gallop.”

The Belmont double sent Trade Fair through $2 million in prizemoney this season.  Tradesman is his chief earner with $260,000 after travelling east to win the I Am Warrnambool Hcp and LR Ipswich Cup. 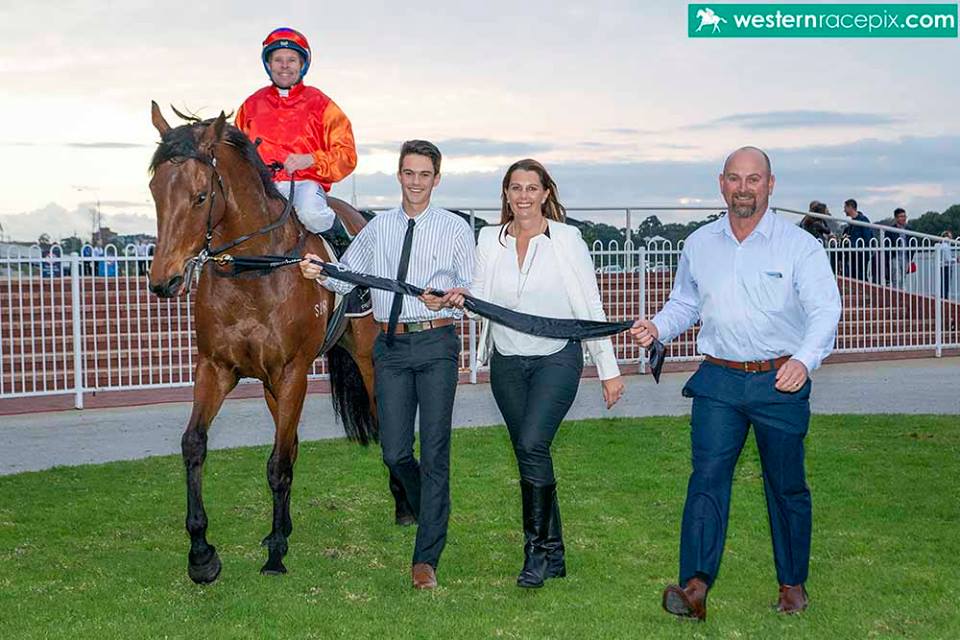