All American 3yo Dark Dream has been sold to Hong Kong following a reported $2.50 million offer in the wake of his Group 1 triumph in the Queensland Derby.

Speculation intensified about his future earlier this month after owner-breeder Mary Jane Basson indicated the horse would be transferred from trainer Kerry Parker to Group 1 mentor Paul Perry.

Dark Dream won the classic just a fortnight after Geisel Park owner Eddie Rigg announced his sire All American would return to WA for his second book at Myalup.  He had been priced at $21 for the $5 million Caulfield Cup (2400m) in October but will not race again in Australia.

The All Americans go alright in Hong Kong.  Elusive State was successful for the third time at Sha Tin on July 15 following previous strikes by Green Card, Lucky Dollar, Invisible and Tianhuang.

He also sired Dia Vernon and Looks Like Elvis to win earlier this month during the Grafton Cup carnival.  They are among the winners of 81 races in Australia this season for $2.74 million in prizemoney. 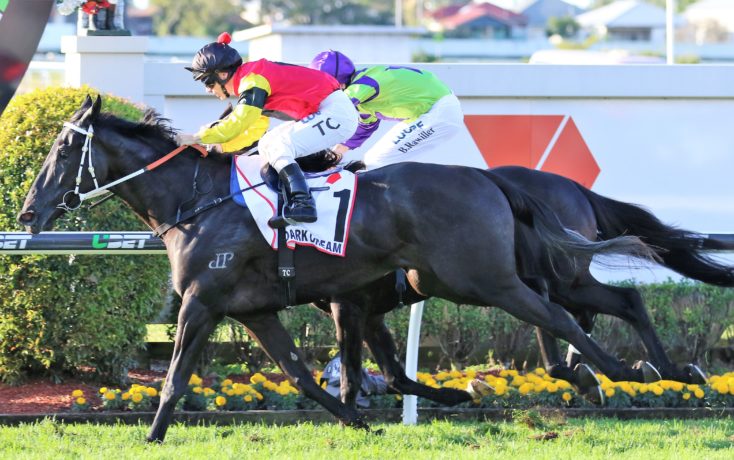