Home Dial a winner at Yarradale

Dial a winner at Yarradale

Yarradale Stud stallions have been siring winners on call this month and top of the dial this week has been Bradbury’s Luck in Singapore. 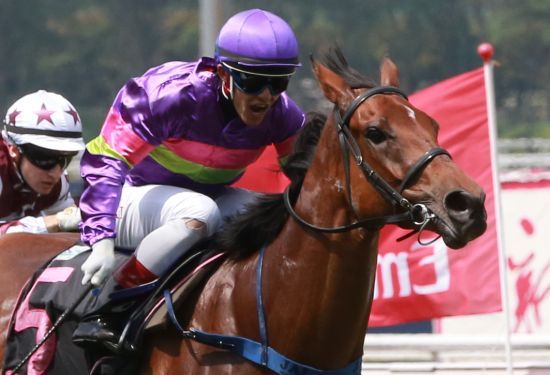 The Singapore result was never in doubt once Eye Guy (pictured) settled on the steel for jockey Mohd Zaki. The fleet-footed sprinter attacked the line with gusto to defeat Taro San (All American) and Verizon (Red Arrow).

Eye Guy (3g Bradbury’s Luck – Lacada Point by Giant’s Causeway) was beaten on debut in May and has followed up with two front-running victories at Kranji. “He was pretty green but has improved from that first run,” trainer Michael Clements said. “He’s picked up nicely and did a good job today.”

Bred and sold for $15,000 by Ferrari Racing & Breeding at the 2016 Perth Magic Millions, he won a Belmont trial late last year before owner Joe Singh transferred him to Singapore in January.

“He settled down very well and was very focused,” Zaki reported. “I was very confident that he would be able to go all the way.”