Albany owner-trainer Liam O’Loughlin is the proud father of a brand-new foal at Mungrup Stud.

The leggy colt arrived a week early on Friday in the Great Southern.  He’s by Northern Meteor’s stakes winning sprinter Fighting Sun and is the first foal from Elite Flight (Flying Spur).

“I’m going up to see him this weekend,” O’Loughlin said.  “Ann Croucher gave me the good news this morning and he’s bred to have a good turn of foot.”

O’Loughlin raced Elite Flight with Steve Cooper and she won two editions of the Albany Bracelet – the first with Steve Wolfe and the second after Liam took out a his own trainer’s license.

“We originally leased her from Dan Pearce with an option to buy so it worked out really well.  She also won over 1400m at Ascot and was placed over 2100m at Belmont last year.

“Her final prep was quite a long one and she was covered straight off the track.  For those reasons, I might leave her empty this year.”

O’Loughlin, who combines training with his day job as a boilermaker, is looking forward to the Albany season with his Magnus mare Prix D’Excellence.  She won him a third Albany Bracelet in February and, apart from the prizemoney, Mungrup contributed a free service to Playing God.

Prix D’Excellence is raced by a large syndicate that includes Liam’s wife Katie who is enjoying a mid-winter break in Broome.  “That service to Playing God is a bonus,” he said.  “There were some promising ones in his first crop and ‘Wolfie’ will win a good race with Lordhelpmerun this season.”

With Prix D’Excellence still a year away from the breeding barn, O’Loughlin will use the freebie with Beyond The Legend (True Lover).  She won at Albany and Mt Barker and hails from a family going all the way back to 1965 WA Oaks winner Carol’s Choice (Pipe Of Peace). 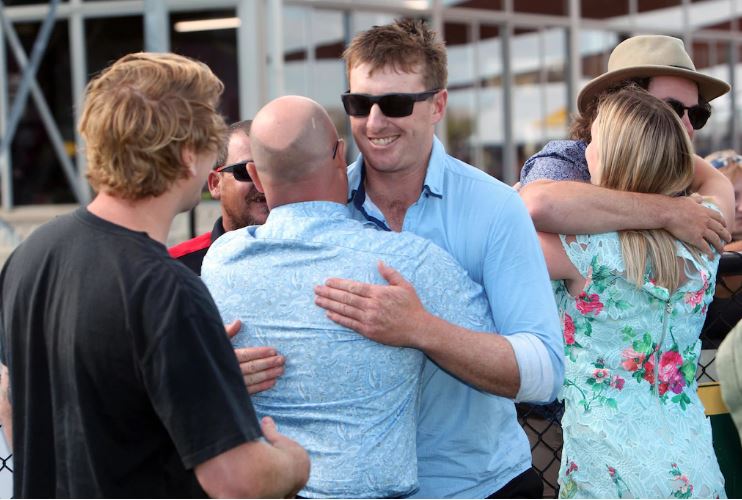