All American sprinter Elusive State sent trainer Derek Cruz into retirement a deserved winner during the final meeting of the season in Hong Kong on Sunday.

Backing up for his third start in July, Elusive State ran down Beauty Day for a one-length victory in the Big Profit Hcp (1400m) at Sha Tin. He responded to a well-timed ride from Sam Clipperton to close the curtain on Cruz’s long career in the training ranks.

Elusive State (4g All American – Jarada by Redoute’s Choice) was a $40,000 buy at the 2015 Inglis Easter yearling sale and won at Te Rapa before transferring to Hong Kong. He has now earned the equivalent of AUD 346,540 with more to come next season for owner Eden Wong.

All American (Red Ransom) is back for his second book at Geisel Park this year for a $7,700 (inc gst) service fee.

Geisel Park graduate Jacka’s Mob surfaced at Pinjarra last Thursday and looked a promising sort during a debut win in the Gannon’s Racing Colours Maiden (1600m). He sat outside the leader and kept finding in the straight to edge out the favourite Geographe Bay for a grinding win over a mile.

Geisel Park’s Open Day is on Sunday, August 26 commencing at 1:30pm. Group 1 winning stallions All American and Vert De Grece will parade as well as Vert De Grece’s first foals. BBQ and refreshments will be provided.  All welcome. 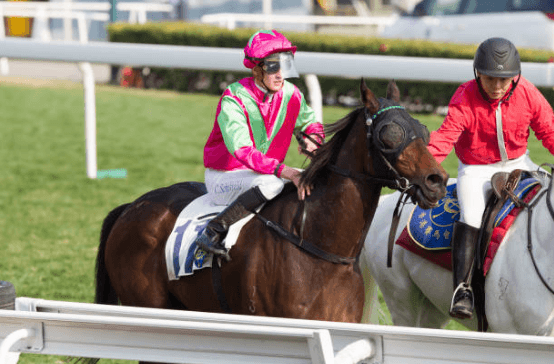