Miss Strezelecki was an inspired choice as a broodmare prospect when she was purchased for just $8,000 at the 2014 Inglis Sydney Broodmare Sale.

Well-bred but a racetrack failure, the 7yo Al Maher mare was carrying a Lope de Vega filly and was knocked down to Premium Bloodstock (FBAA) agent Grant Burns on behalf of Yarradale Stud owner Ron Sayers.

It was a home-coming of sorts for Miss Strezelecki whose dam Magdalena (Snaadee) was part-owned by Sayers and had won a LR Burgess Queen Stakes in Perth before being sold and retired to the Hunter Valley.

Her Lope de Vega filly was named Mizlecki and, after failing to reach a $30,000 reserve at the 2016 Perth Magic Millions, was leased to Fred and Judith Kersley. She has made a mockery of that asking price earning $390,000 in prizemoney and Westspeed bonuses.

Among the highlights have been Listed victories in the Raconteur Stakes, Sheila Gwynne Quality and Saturday’s Belmont Oaks (2000m).  She burst through a gap in the winter classic and established a big enough lead for Shaun O’Donnell to look back, gear down and then salute the crowd.

“The pace was terrible and there was a bit of interference early on,” O’Donnell reported. “But when the run came, she exploded and kicked their butts!”

Mizlecki is only small and Kersley was concerned the distance could bring her undone in the Belmont Oaks. “She’s had a tough campaign and did a really good job over 2000m. She’s a strong, gutsy little filly and had run over the top of some quality sprinting fillies before today. I rate her very highly.

“We will give her six weeks in the paddock and work out where to go from there. Ron will be happy with that win and all the black-type will make her a valuable broodmare for Yarradale.”

Miss Strezelecki has a filly foal by Yarradale stallion Gingerbread Man and is back in foal to him off an October cover last year. 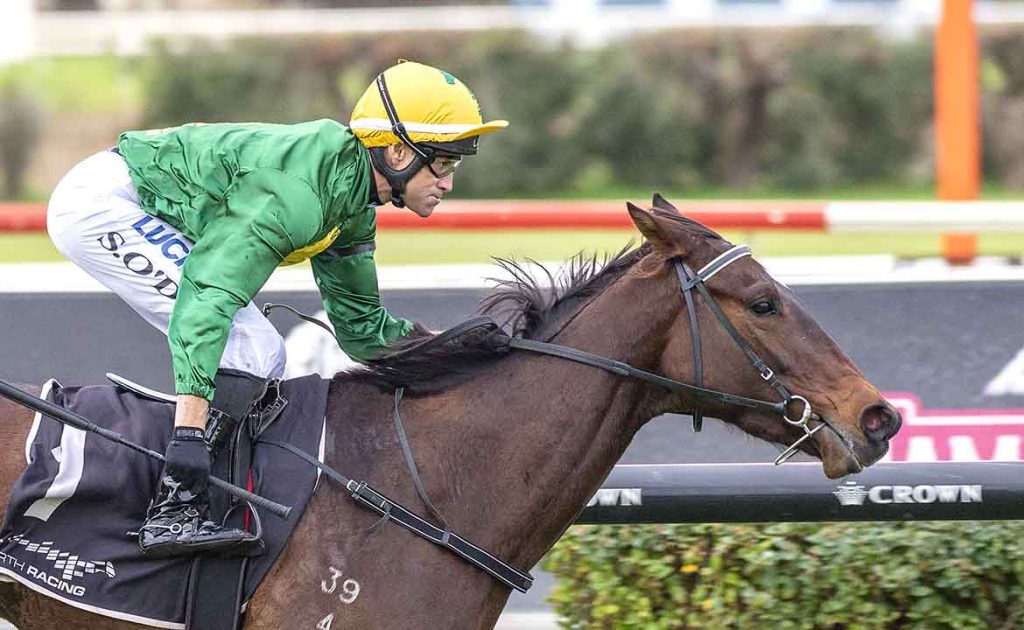