The talented 2yo filly cost $20,000 at the 2017 Yarradale Stud Sale and earned $83,800 in prizemoney and Westspeed bonuses on Saturday. That was on top of $28,000 she banked for seconds to Market Ruler at Belmont in May and June.

Essential Spice received 5.5kg from Fire And Rain and kept the fence to ensure the favourite remained in the running line. That made all the difference as she edged clear for a half-head victory.

Co-trainer Ben Pearce said the second horse was brave, however, his filly had been hampered by a hoof injury. “What a relief to see her win after that setback. It was a big effort to fight back after a month between runs.”

Fire And Rain (Oratorio) was also bred at Yarradale and class fillies Ngawi (third) and Kiss The Breeze (fourth) franked the form out of the race going forward.

Essential Spice (pictured below on rails) is the final foal out of Falls County (Soldier’s Tale). Her second-dam Bracken Bank won a G2 Champagne Stakes at Moonee Valley.

Gingerbread Man’s 2yo filly Pastry broke through in Kalgoorlie last Sunday and the latest win increased his current season earnings to $590,000. He’s a mile in front of nearest rivals Ouqba (Ire) and Maschino for the WA second-season premiership. 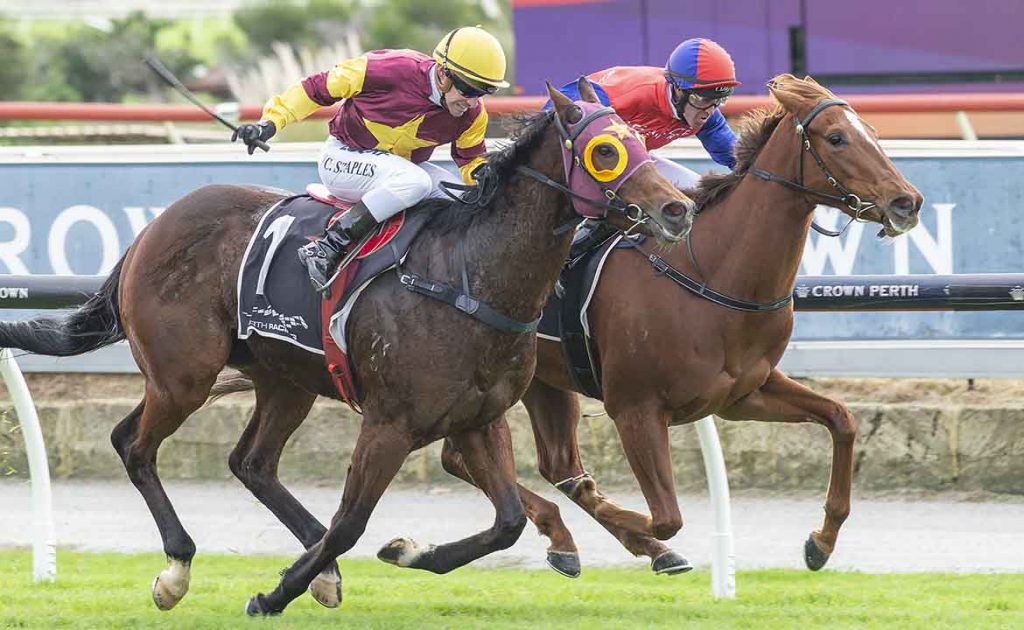