Home Samizdat steps out in style at Belmont

Samizdat steps out in style at Belmont

Expectations were high when first-starter Samizdat stepped out at Belmont on Saturday and he didn’t let anyone down in the Crown Towers 2yo Plate (1200m).

Settled in the back-half by Shaun O’Donnell, he was still on a long rein at the top of the straight before surging clear from Rebel Knight (Universal Ruler) and Ngawi (Demerit).

Samizdat (Not A Single Doubt) was the top-priced graduate of the 2017 Perth Magic Millions and he was also a winner on looks at Belmont.  A big, burly chestnut with a muscular front-end, he has excited trainer Chris Gangemi from the outset.

“He does everything right at home and works like a machine.  We don’t rush our young horses and that’s why he hasn’t started until now.  He went shinny early and we only gave him a soft trial before today.

“He’s still green and I knew that was the only thing that would beat him first-up,” Gangemi admitted.  “But he carried Shaun into the straight and got away with the win.  He will have three weeks off and then come back for the Belgravia Stakes at WA Guineas.”

Samizdat is by Arrowfield Stud’s champion sire Not A Single Doubt from Sambar (More Than Ready) and cost Gangemi Racing $325,000 from Amelia Park at last year’s Magic Millions.

Amelia Park owner-breeder Peter Walsh and his racing partner Brian Bradley kept a share in the top-priced youngster who collected $68,800 in prizemoney and Westspeed bonuses on Saturday.

They also race his older half-sister Samovare (Savabeel) who won the G3 WA Champion Fillies Stakes prior to a move east where she has won at Moonee Valley and been Group placed at Caulfield and Flemington.

Sambar was a Randwick winner carrying the Amelia Park colours for trainer Gai Waterhouse.  Second-dam Am Crazy (Bluebird) is a half-sister to Nevet (LR Gold Coast Baramul Bowl) and the dam of Press The Button (G2 Reisling Slipper). 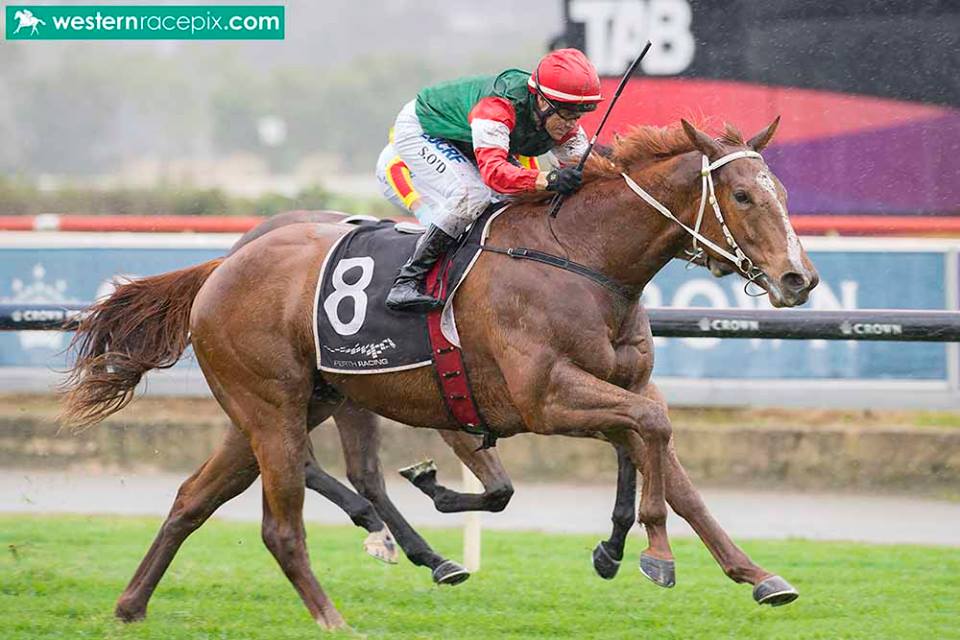