Gingerbread Man is within weeks of adding a second-season premiership to last year’s freshman honours in Western Australia.

The Yarradale Stud resident broke through $500,000 in prizemoney this season when his 2yo filly Pastry won the Coolgardie Celebrations Maiden (1100m) in Kalgoorlie on Sunday. She is trained by Peter Fernie for owner-breeder Andrew Inglis and was racing first-up since an unplaced debut at Ascot on New Year’s Day.

The bulk of Gingerbread Man’s second-season prizemoney has been won by 3yo gelding Achernar Star but his current-crop juveniles are building for the future at the back-end of the season.

Pastry (2f Gingerbread Man – Danterina by Dante’s Fury) jumped a length clear from the machine and then took a sit under Lucy Warwick before gliding past Oradale’s Image in the straight.  She’s the first winner from a mare who claimed 9 sprints on the Goldfields for Fernie and Inglis and hails from a WA family going back to 1998 Hannans Hcp winner Go The Grey (Belele).

Essential Spice is another 2yo winner in waiting for Gingerbread Man. She has been nominated for Belmont this Saturday after seconds to Market Ruler in May and June. Co-trainer Ben Pearce bought her for $20,000 at the 2017 Yarradale Stud Sale.

Meanwhile, Red Kite received the proceeds from a Gingerbread Man colt that made $10,000 at the 2018 Yarradale Stud Sale.

Yarradale Stud donates the knock-down price of a yearling to the children’s charity every year at its on-site auction. The Gingerbread Man colt is the first foal from Kyleena (Scandal Keeper) and was purchased by Jeff & Jodie Noske.

“He’s strong and compact and we sent him to Muchea to be broken-in by Kane Land,” Jodie Noske said. “Our daughter Jerry rode Kyleena to a half-dozen wins and she was keen on the colt.

“We bought a Gingerbread Man – Secret Scandal yearling from Yarradale at the Magic Millions in February and we loved his temperament. They’re both out of mares by Scandal Keeper.” 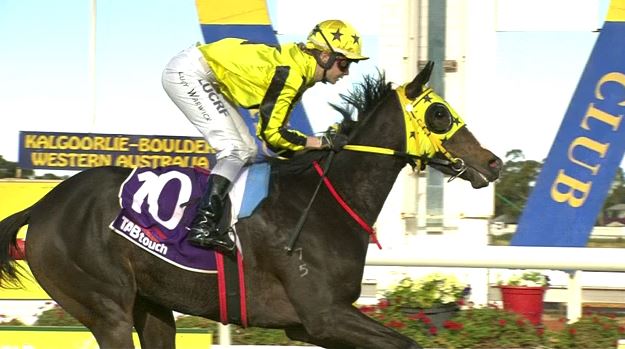