A lightly-raced son of Taunton Vale sire Demerit, he stormed home for a first-up victory in the Magic Millions Maiden (1200m). “He’s shaping up as a nice horse for next season,” trainer Fred Kersley said. “He let down with a good turn of foot today and certainly hit the line.”

Raced by Oakland Park’s Neville Duncan and John Jones, Yindi is the final foal from Northam winner Genana (General Nediym). It’s a family that’s produced numerous winners for Jones and his brothers Barton and Burchell going back to the 1970s when they mated her third dam Glomondo (Raimondo) to champion sires Zvornik and Indian Conquest.

Winning jockey Mitch Pateman settled Yindi in the back-half of the field before letting loose in the straight. “Fred said there were no favours from the barrier but we managed to get into a good spot. I was worried we might get caught behind some slow ones but, when I angled out, he covered them with ease.”

It’s been a rewarding winter season for Demerit at Belmont with Special Reward (twice) and Danny George saluting there last month. Trainer Brett Pope has Danny George nominated for Race 5 this Saturday and Get The Vibe & Minus Looks can play a hand in Race 7.

Demerit (Lonhro) can break through $2 million in earnings before the end of the season and that makes him one of WA’s value sires for a $5,500 service fee at Taunton Vale. 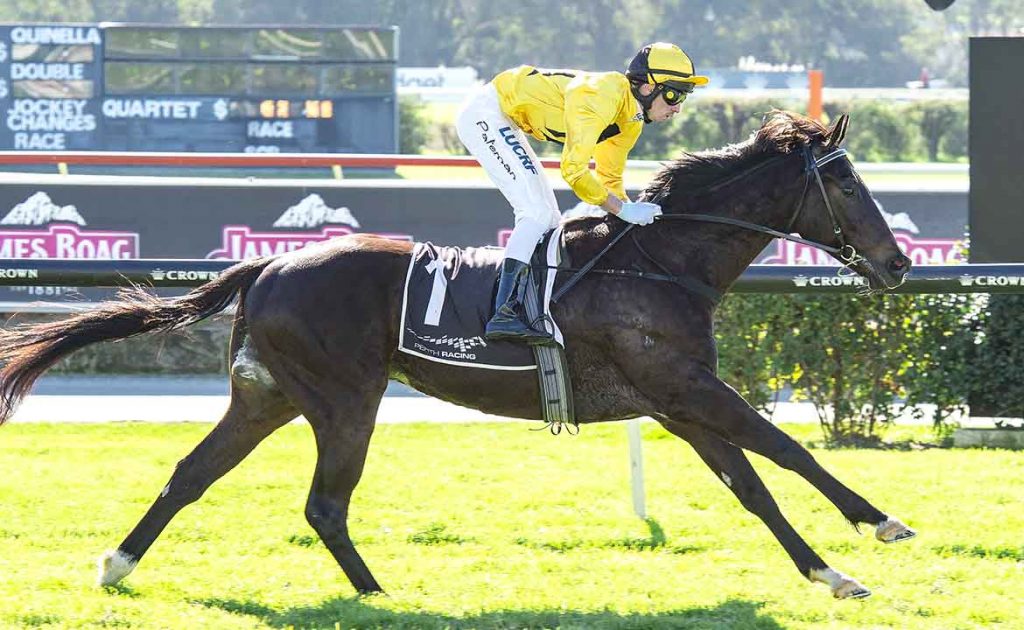