Gold Front Thoroughbreds owners Alan and Sue Olive are on the verge of another busy breeding season with their Group 1 winning stallion Awesome Rock.

In a recent interview with Milne Feeds, Sue Olive recalled how it all began back in 2011-12.  “Actually, we bred Awesome Rock at Coolmore Stud and brought him across to WA which we often do with our weanlings.

“He was always a standout, so we decided to send him back east to go through the Gold Coast Magic Millions yearling sale as we were confident he would fetch a great price, which he did.

“We liked him so much that when we sold him, we kept a small share and so always had an interest in his racing career.  He was an outstanding racehorse, and could have been more successful, but a reaction to a vaccination prior to an intended campaign in Dubai ended his career prematurely.

“He was offered for sale and we decided to have a crack at buying him with one of the other owners.  So we offered a price and we got him.  We always intended to stand him in WA and it was great to have him arrive here to let down and begin his new career.

“We were actually looking for a stallion at the time, so the timing worked out perfectly.  He had his first season at stud last year and the first foals are just hitting the ground now.  They look fantastic and we are really happy with them.  They seem very clever and were both up and about and suckling straight away.

“We will have about 14 of them born to our mares on the farm this year.  He was very well supported and we’ve had lots of enquiries for this season.  There are a number of new stallions around meaning breeders really need to do their numbers and analysis bloodlines to get the best results.

“Having a new stallion arrive straight of the track is always a challenge.  Awesome Rock was in the middle of a racing campaign and, being fairly young, was a little erratic at the start.

“Adjusting from being a racehorse is a big change.  It takes time for them to really let down and become a stallion.  He eventually got the idea and adjusted to the new routine.  He’s becoming more and more settled and is also changing body shape from racehorse to stallion.

“He’s had a good break over the off-season and is ready to get back to work now – he is already noticing the mares and foals moving around the farm.  Of course, with a freshman sire you’ve got to teach them the rules of serving a mare, so you can maintain control and keep it safe for everybody.  Once that’s established nature takes over and it doesn’t take them long to pick it up.

“As a horse, we really like having him on the farm.  He’s excellent to have in the barn, even with plenty of horses around him, he’s not fazed.  Physically, he’s a strong framed, athletic type with a real presence.

“It’s really exciting to have such a well-bred and well-performed stallion coming to WA.  We are very passionate about the industry and want to do our part to support racing and breeding here.  We really hope that bringing a horse of his calibre to WA will help boost the industry and hopefully he can make his stamp on WA breeding.

“There’s no doubt he’s got the credentials – his breeding is excellent, and his ability is unquestionable.  He’s a lovely type of a horse and we are hoping he will put a motor in his progeny, as he certainly had one himself.

“The other great thing is that all his racing career was interstate so he is appealing to both WA and Eastern States trainers.

“We are anticipating that his stock will be early runners – he was probably going to be one himself.  He had already had a win as a 2yo but then an accident on the walker put him on the sidelines until his 3yo campaign.

“He’s a really precocious, agile, alert and active type of horse, so we hope that he throws those characteristics on.  Obviously, being early types will suit the local market, too.

“We’ve built up a strong band of good quality mares and our focus is on breeding quality over quantity.  As part of that we are always turning around our mares based on what is producing and what is being well received in the market.  It is a continual work in progress.

“We really love the breeding season here on the farm.  We try and catch up on all the farm jobs between weaning time and foaling season when it really gets busy again.

“Our feed and nutrition program is pivotal to our business and using Milne’s Pegasus Studmaster across the farm makes it really easy and give us the peace of mind that the horses are receiving correct nutrition.

“We also work closely with our vet and farrier, to make sure all our horses are in the best health and condition for producing foals and growing sound athletes.  For foaling season, we’ve got some great staff and take it in turns to do foal watch, so we share the sleepless nights around.  They almost always foal down during the night, and then we spend the day keeping an eye on them.  Then vet days start ramping up as we get the mares through in preparation for going into foal again.

“But by the end of foaling down we are all pretty exhausted!” 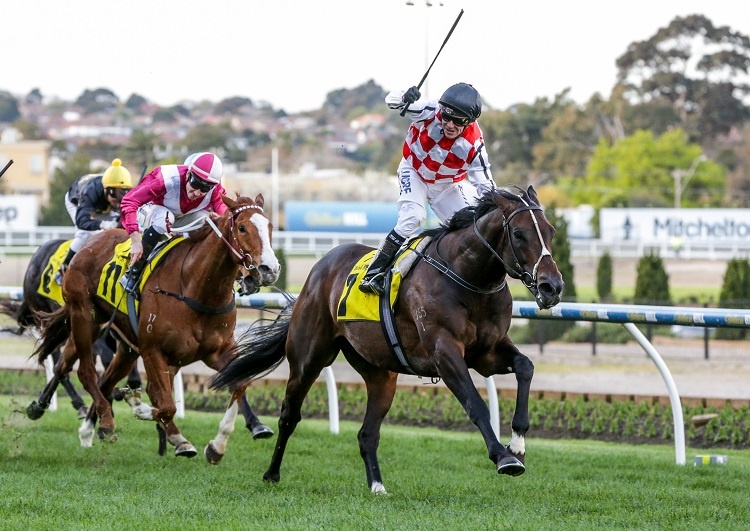