Reykjavik was rewarded for his consistency on Saturday with a commanding victory in the Magic Millions Hcp (1400m) at Belmont.

The Lindsey Smith-trained sprinter jumped straight to the front and cruised home for a two-length victory under Lucy Warwick.  Since commencing his current prep on May 2, he has won twice and been placed four times for part-owners Neil Irvine of Balmoral Park and James Ch’ng.

“Lindsey told me to kick him out so there were no excuses for an unlucky run,” Warwick said.  “He was happy in front and travelled beautifully.”

Smith has LR Hannans Hcp plans for Reykjavik.  “With no weight and a good gate, he could be chance in Kalgoorlie.  Going down to the ocean has been the making of this horse.  Working in the heavy sand gets him fit then we top it off with swimming and a couple of sharp gallops.”

Reykjavik (4g Artie Schiller – Gibraltar Storm by Rock Of Gibraltar) earned black-type when placed in the LR Perth Stakes at two and the LR Fairetha Stakes and G3 Lee-Steere Classic at three.

His half-sister by Written Tycoon was a $150,000 buy for Irvine at the Gold Coast Magic Millions in January.  She has been named Tycoon Storm.

Irvine’s stallion Proart was also in winning form at Belmont with his 3yo filly Classic Pro.  She burst through at gap in the straight to score in a blanket finish to the Crown Perth Plate (1300m).

Classic Pro had finished fourth in the RL Magic Millions Classic earlier this year and that prompted six-figure bids from interstate.  “A couple of people from Melbourne asked if I wanted to sell but I decided to stick it out,” owner-trainer Mike Santich revealed.  “That’s how it works, you just have to take a gamble and go for it.”

Proart (Rock Of Gibraltar) went through $1 million in progeny earnings on Saturday from limited opportunities before arriving at Balmoral Park.  He arrived at the Bedfordale nursery in 2015 and, for further enquiries, broodmare owners can call studmaster Brian Collison on 0411 055 164. 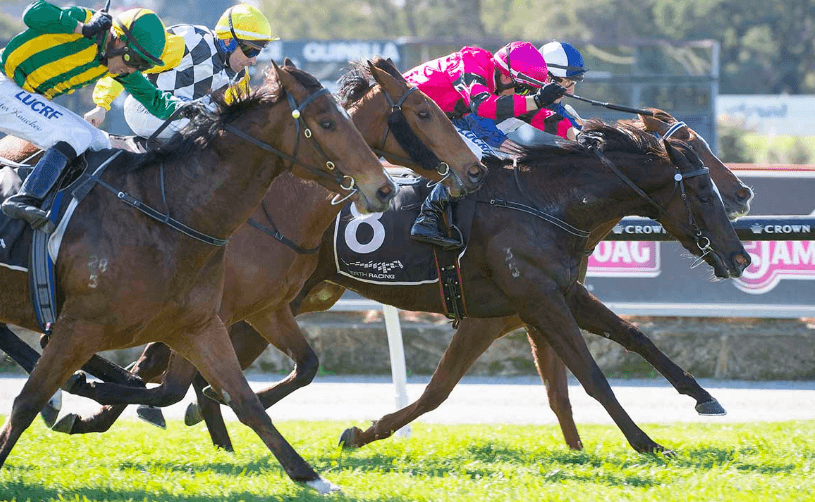