Tony McEvoy can’t look into a crystal-ball to see that makes Crockett tick so he looked outside the square to get the gelding back in winning form at Flemington.

Crockett won with a flashing-light on debut at Morphettville last October and followed up with a good second in the LR Phelan Ready Stakes at Doomben, albeit five lengths behind the winner Ef Troop.

The All American youngster failed in the $2 million Magic Millions 2YO Classic – won by stablemate Sunlight – and he didn’t fire when resuming for a late-season campaign in Adelaide.

“It was frustrating. I was confused and couldn’t work out why he wasn’t running well,” McEvoy said on Saturday. “I decided a change of scenery to Melbourne might make a difference and he really turned up today.”

Ridden a cold race by Regan Bayliss, Crockett powered home to defeat the favourite O’Tauto (O’Lonhro) by three-quarters of a length in the Abigail Bartlett Hcp (1400m). “I told Regan to be patient. I wanted the horse to finish off and see him really hit the line.”

Crockett sold for $180,000 at the 2017 Gold Coast Magic Millions to a syndicate that includes Pipeliner Bloodstock’s Wayne Mitchell. Geisel Park Stud stallion All American sired him from Tuusula, an unraced Street Cry sister to Stay With Me (G1 Thousand Guineas). They are from Champion Australian Filly Miss Finland.

Bayliss said he had been happy with the tempo of the race at Headquarters. “He settled really well at the back in the field. And when I gave him clear air in the home straight, he ran through the line strongly.”

McEvoy will now raise the bar with Crockett heading into the spring and he holds a Group 1 nom for the Caulfield Guineas (1600m) on October 13.

All American stands with Vert De Grece (Ire) at Geisel Park and the Stud’s Open Day has been set for 1.30pm on Sunday, August 26. BBQ and refreshments will be provided and all are welcome. 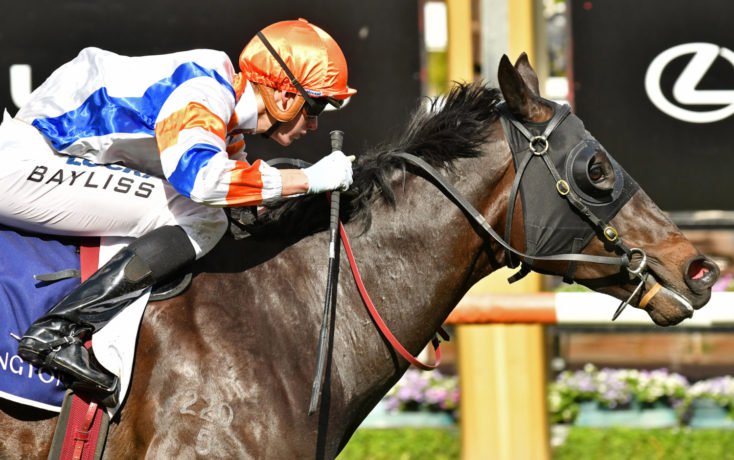