British-born David Eustace trained his first winner, in partnership with Ciaran Maher, on the opening day of the season in Melbourne when Damian Lane piloted Naantali to victory at Pakenham.

The NZ-bred mare gave the new combination a well-timed breakthrough in the 1Print Hcp (1600m).  “I’m very grateful to Ciaron and hopefully I can repay his faith,” Eustace said ahead of a possible expansion to include a satellite stable.  “Sydney has been spoken about.  It doesn’t happen overnight but hopefully one day it will.”

Eustace grew up in Newmarket where his father James trains out of the historic Park Lodge.  He also spent time with Roger Varian who prepared Group 1 winner Vert De Grece (Ire) out of nearby Carlburg Stables.

Imported to Geisel Park Stud last year, his first foals are due at the Myalup property this month.  “I remember Vert De Grece.  He had an absolute explosive turn of foot,” Eustace recalled this week.  “He started out in Ireland before transferring to Roger and had run second to Gleneagles in a Group 2 at the Curragh.

“We got him at the back-end of his 2yo season.  Not overly big but a powerful colt nevertheless.  Roger sent him over to Saint-Cloud for the final French 2yo Group 1 of the season and he bolted in.”

Vert De Grece (Ire) won the G1 Criterium International by four lengths at Saint-Cloud.  “I was out here with Roger’s Melbourne Cup horse My Ambivalent and missed the race in Paris,” Eustace added.  “He was worth a lot of money and was sent Hong Kong but I heard he was injured and didn’t get going up there.”

Perth bloodstock agent John Chalmers stepped in with an offer on behalf of Geisel Park owner Eddie Rigg and he covered a first-up book of 63 mares.  Vert De Grece is a son of former leading WA sire Verglas and his service fee remains at $5,500 (inc gst) this year. 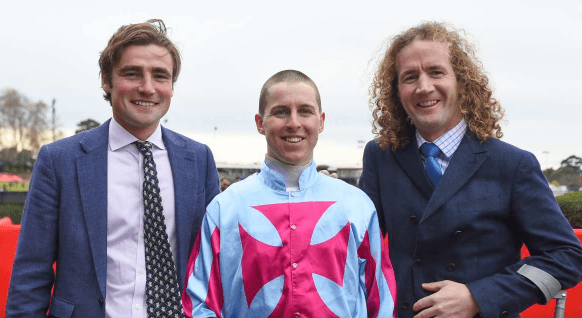