The Lindsay Park connection has supplied another promising maiden winner for Geisel Park stallion All American.

His 3yo filly Graceful Star romped home by three lengths in the Toyota Maiden Plate (1300m) at Geelong on Friday. She was a $30,000 buy for a Lindsay Park ladies syndicate from Geisel Park (as agent) at the 2017 Perth Magic Millions.

“I was never concerned in the run. She travelled nicely and had the drop on the leaders,” jockey Andrew Mallyon reported. “She will keep improving from here and will get out to a mile.”

Graceful Star had been placed at Flemington during her first prep in January. “She has progressed since a spell and is still furnishing,” Mallyon added. “Just wait until the chassis catches up with her motor!”

Lindsay Park trainer David Hayes also prepares All American’s stakes-placed Caulfield winner All Out Of Love. He guided All American to a Group 1 victory over So You Think in the 2009 Emirates Stakes (1600m) at Flemington.

On Saturday, All American 4yo Looks Like Elvis continued his winning run in the Viva Racing Hcp (1400m) at the Gold Coast. He was profiled here following a Doomben victory last month.

All American stands with Vert De Grece (Ire) at Geisel Park and the Stud’s Open Day has been set for 1.30pm on Sunday, August 26. BBQ and refreshments will be provided and all are welcome. 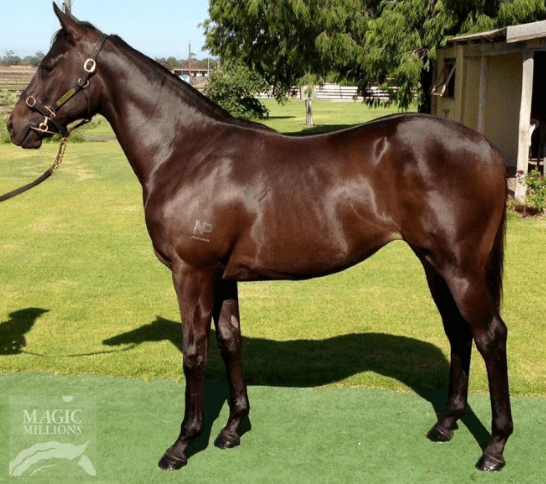