Irish-bred stallion Vital Equine will be more visible to broodmare owners if Material Man makes an impact at the Melbourne spring carnival.

His G2 Perth Cup winner powered home in a Lark Hill barrier trial on Monday in readiness for the G1 Makybe Diva Stakes (1600m) at Flemington on September 15. “That was his first serious test this campaign,” trainer Justin Warwick told The West Australian after a one-length win over 950m. “He’s exactly where we want him to be at this stage of his preparation.”

Material Man propelled Vital Equine to a career-high Top 5 finish on the 2017-18 WA sires’ premiership and the sky’s the limit this season if he can snare a feature event in Melbourne.

Vital Equine (Danetime) is owned by Yarradale Stud and stands at Rosalee Park in Serpentine. He won the G2 Champagne Stakes at York and was also runner-up in the G1 English 2000 Guineas before arriving in WA.

Material Man will be based at Darren Weir’s Melbourne stable and connections are hoping he can qualify for races worth a combined $10 million in the Caulfield Cup (2400m) and Cox Plate (2040m).

Warwick prepares Material Man for Mike & Jill MacDermott and they bred him by using Vital Equine over their Canterbury winner Del Lirio (Hussonet). Her only other foal to date is Scandalous Miss, a 5yo mare by former Yarradale sire Scandal Keeper, who made a belated debut when placed at Belmont last month.

Vital Equine and Yarradale Stud’s Gidgegannup-based sires finished last season with a winning run in Perth and the Goldfields. Every winner at Kalgoorlie on the last Sunday in June was sired by a Yarradale owned (or part-owned) stallion! They were by Scandal Keeper (3), War Chant (2), Patronize (1) & Red Hot Choice (1).

War Chant mare Oorah was part of that clean-sweep and she won another two over a mile before finishing third in the Tatts Cup last Sunday. Earlier in the day Partybus, a De Troy gelding from a Citidancer mare, combined the bloodlines of two former Yarradale sires to win a restricted sprint for local trainer Pat Bermingham

Yarradale owner Ron Sayers was honoured at the Diggers & Dealers Forum last month when he received the Geoff Stokes Memorial Award. The Ausdrill founder recalled he had started out as an apprentice at the Great Boulder Mine when he was just 14.

“You have no idea what this award means to me,” Sayers told 1,300 guests at the Goldfields Arts Centre. “Thank God I was born in Kalgoorlie.” 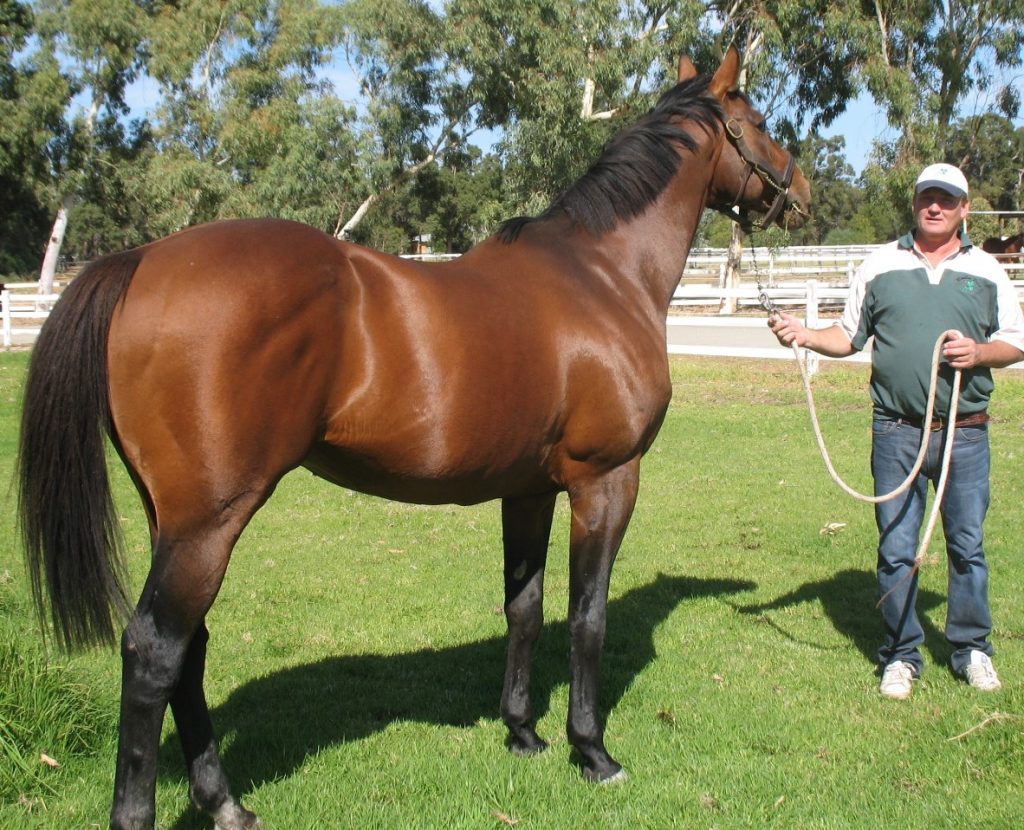