Mungrup Stud hasn’t been idle during a rain-delayed start to the season in Perth.

Now new-season 8yo geldings, they are by former Mungrup sire Danehill Express who has taken an early lead on the 2018-19 WA sires’ ladder.

Cougar Express put 12 lengths on his rivals in the $250,000 Grand National Hurdle (4200m) around the Hillside circuit.  He won the 2014 Newman Cup as a maiden and added more silverware in the 2016 Bunbury and Kalgoorlie Cups and 2018 Oakbank Cup.

The lion’s share of Saturday’s purse increased his earnings to $666,335 for a Kukerin syndicate managed by Ross Ditchburn.  “He’s incredible,” trainer Jarrod McLean said.  “I rang Lindsey Smith and he told me Cougar Express would be the toughest horse in the race because he can absorb pressure for longer.”

Ominous Warning added more prizemoney for Danehill Express at the Darwin Cup meeting with a front-running victory in the $30,000 Ladbrokes Hcp (1300m).  Raced by Donald O’Shannassy’s Matauri Syndicate, he won 6 races at Perth and the provincials for a partnership that included WA owner Kim Bowra.

Ominous Warning was bred by Mungrup Stud in association with Lex and Shirley Piper from Lady Iconic (Kenvian).  The mare died in 2013 but her daughters Buhn Lert and Renown Lady, who were also raced by O’Shannassy, are carrying on the line.

Buhn Lert (Oratorio) won 8 races, including 3 at Ascot, and is due to Playing God in October.  Renown Lady (Due Sasso) missed to Oratorio in her first season at stud last year. 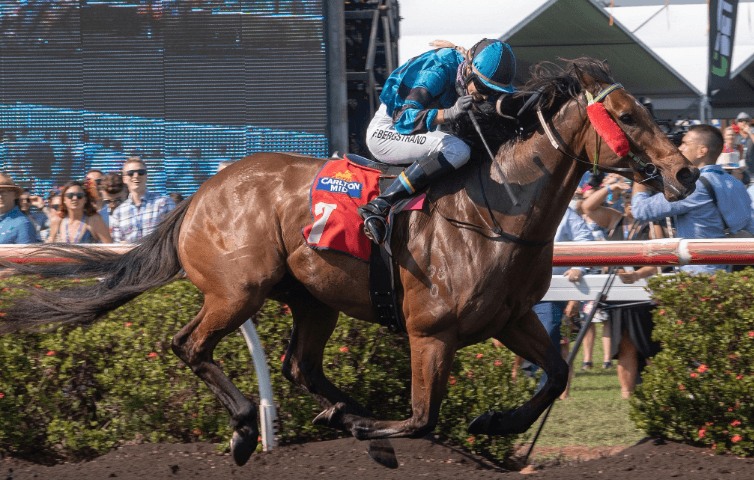