Metro Boy made a statement when he spreadeagled a midweek field by six lengths in the Glenroy Chaff Hcp (1000m) at Belmont.

Wednesday’s win was the first in Australia for former Yarradale Stud sire City Place (USA) and it won’t be the last for Metro Boy. He sat outside the leader and then accelerated when Willie Pike released the brakes to space the placegetters Ship Creek (Toorak Toff) and Princess Shari (War Chant).

City Place (Storm Cat) died in February after four books at Yarradale and there have only been four runners to date from his first crop. His first local winner was purchased by Dan Morton for $32,000 from Yarradale Stud at the 2017 Perth Magic Millions.

Gingerbread Man completed a Yarradale double at Belmont on Wednesday with Goodluck Simba in the Off The Track Hcp (1650m). He edged out Midnight Drama (Patronize) and there was another four lengths to The Enchantress (Frost Giant).

Goodluck Simba is owned and trained by Jarrad Humphries at Serpentine and broke through in town following wins at Northam and Bunbury earlier in the season. His dam Goldikova (Danish Harmony) is a half-sister to LR Belmont Guineas winner Mr Diagnosis (Scenic). 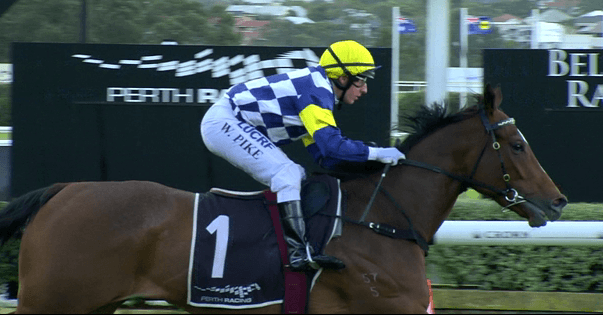