The Enchantress took a half-dozen starts to break through this time in and now she’s on a hat-trick after wins at Northam and Belmont.

A Lynward Park homebred for Ted, Troy & Chad van Heemst, she went via the cape in the Avon Valley but had to weave through traffic to win the Hahn Superdry Hcp (1650m) on Wednesday.

“She was initially with Lindsey Smith until he suggested a different environment down at the beach with me,” trainer Liz Strempel said.  “She’s going super now and the plan was to ride her patiently today.”

The Enchantress settled second-last under French jockey Julien Kokotajlo and was held up when they balanced for home.  Kia Ora Star got first run but the winner followed her through and gradually got the upper hand in the closing stages.

“She’s a courageous mare but has been trying to do too much, too early,” Kokotajlo explained.  “She was more relaxed today and being held up probably helped.  When the gap finally came, she go for it.”

Perth agent John Chalmers (FBAA) bought her dam Windana for $72,500 on behalf of Lynward Park at the 2005 Magic Millions National Sale.  She was carrying Simplyirresistible who took 14 starts to win her maiden before bowing out with 6 wins and a Listed placing in the 2011 La Trice Classic.

Simplyirresistible foaled Young Thor (Frost Giant) first-up and he won again at Pinjarra last week.  Windana has a 2yo filly by Alfred Nobel and a yearling colt by Fiorente.

Lynward Park will stand Mahuta (Flying Spur) for his second book at $4,400 this year alongside Alfred Nobel (Danehill Dancer) at $4,950. 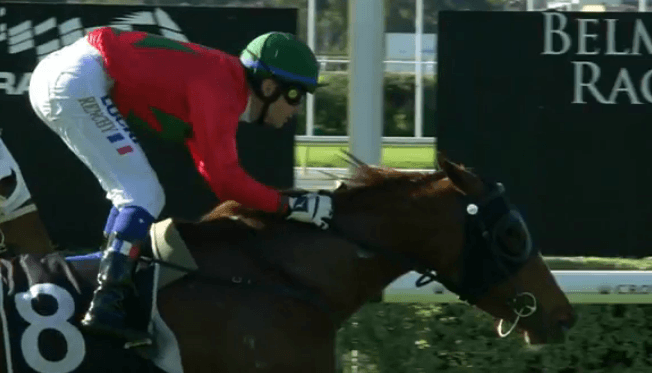