Electric Light was given the run of the race behind the speed before bursting through a gap to score by three lengths at the midweek meeting. It was her third win in five starts since a Northam maiden in June.

“She’s a little bulldog,” jockey Willie Pike said. “She travelled much better today and felt like the winner a long way from home. She will pick up a Saturday race although we may have to wait for another campaign.”

Yarradale Stud stands Vital Equine (Ire) at Rosalee Park in Serpentine for a $4,400 (inc gst) fee. He has Material Man getting ready for the Melbourne spring carnival following a Group 3 hat-trick in the Belmont Sprint, Hyperion Stakes and Strickland Stakes.

Sense Of Power was also winning for the third time in her last five starts since a long spell on Saturday. She led them at an even clip for apprentice Tayla Stone and then kept a wall of horses at bay in the straight.

“Adam rang and booked me for the ride – it was a good win,” Stone said after piloting the mare for the first time. “She’s got high-rolling speed and fought back hard.”

Discorsi sired her from Crow’s Nest (GB) in the third of his five crops at Yarradale between 2010-14. The Shirley Heights mare was bred by Lord Halifax and among her earlier foals was Victorian-bred Coalseam (Desert Sun) who won the 2006 Helena Vale – Winter Cups double at Belmont.

A year later, agent John Chalmers (FBAA) bought Crow’s Nest on behalf of Phelan for $24,000 at the 2007 Inglis Great Southern Sale in Melbourne. Sense of Power is her final foal and Phelan’s only link with the family that goes back a generation to G1 Irish St Leger winner Mountain Lodge.

The best of the Discorsi breed has been G2 WA Guineas winner Man Booker. He returns from a break in the LR Idyllic Prince Stakes on September 1 ahead of a Group 1 campaign at the Ascot summer carnival. 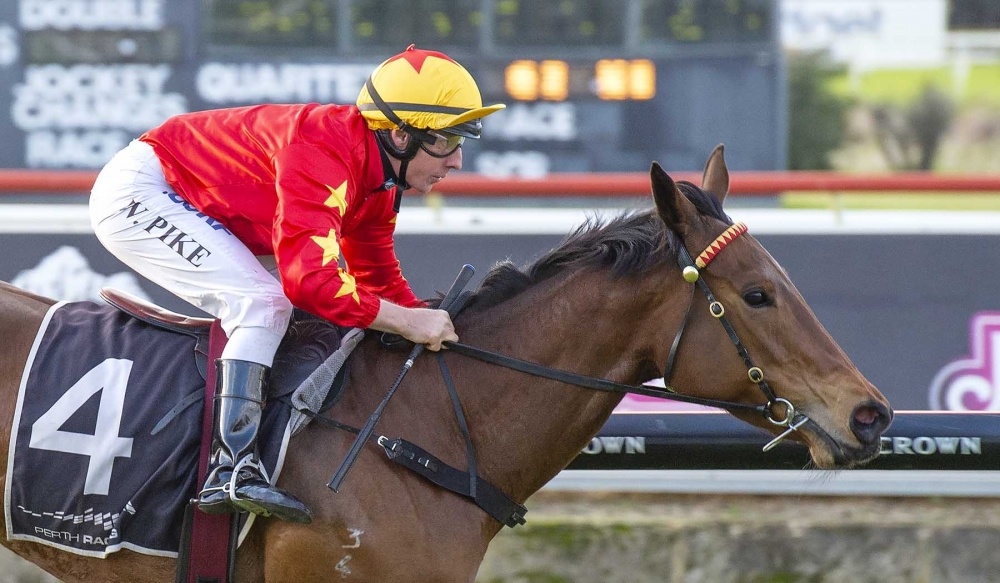