This week’s Belmont winners Patrocity and Midnight Drama have helped Patronize take an early lead on the WA winners premiership for 2018-19.

Patronize (Redoute’s Choice) stands at Darling View Thoroughbreds and he has sired 7 winners in the first three weeks of the season. Lack of numbers will mean it’s only matter of time before Blackfriars forges ahead, however, the signs are positive for the three-quarter brother to Exceed And Excel.

Patrocity had been runner-up four times at Belmont before breaking through in the TABTouch Maiden Plate (1400m) last Saturday. He was also fourth home in the LR Challenge Stakes in March for veteran trainer Hec McLaren

“Hec said he would jump and I was able to come across and sit outside the leader,” champion jockey Willie Pike said. “He’s had a few chances and it helped when we got a breather mid-race. I kept nursing him in the straight and he did the rest.”

Patronize mare Midnight Drama unleashed a powerful finish in the Western Racepix Hcp (1650m) on Wednesday. She had won a Pinjarra maiden in June 2017 and followed up with a black-type placing in the Belmont Oaks LR.

“Glenn (Smith) summed it up pretty well – she received a lovely cart into the race,” trainer Jason Miller said. “She can be moody but had been working well enough at home to suggest a win today. She’s a progressive mare and will get over further ground.”

Patronize gelding Red Army will be gunning for a hat-trick in Race 2 at Belmont on Saturday. Co-trainer Grant Williams has indicated it will be his final outing this time in before coming back for a cups campaign next prep. 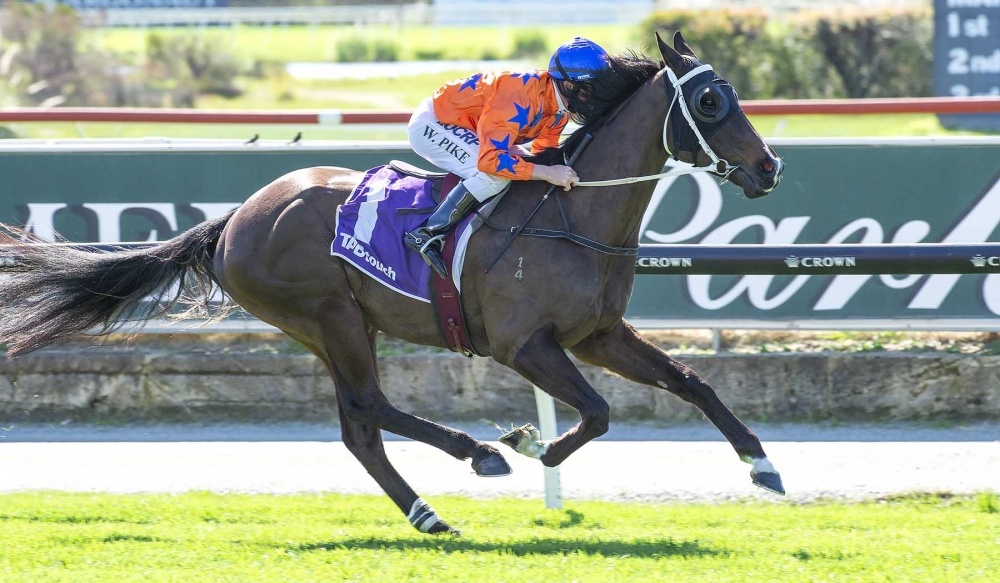