When was the last time a WA-based stallion sired a trifecta in Perth?

That was the question being asked at Belmont on Saturday when Vital Equine (Ire) provided all three placegetters in the Amelia Park Lodge Hcp (1400m).

His 4yo mare Electric Light completed a winning hat-trick with a half-length victory over his 4yo geldings Rockon Tommy and Turbo Power.

Leading owner-breeder Bob Peters has provided feature race trifectas in recent years using a combination of stallions based in the Hunter Valley.  And veteran racegoers might recall Heytesbury Stud champion Haulpak sired a juvenile stakes trifecta at Ascot in the 1980s.

Rosalee Park owners Wayne and Tracy Rodwell don’t go back that far but they have been answering calls from breeders enquiring about Vital Equine.  “There’s been plenty of interest and the numbers are growing,” Tracy confirmed this week.  “And knowing broodmare owners, there will be lots of last-minute bookings.

“We stand Vital Equine for Ron Sayers and he will be sending several mares down from Yarradale Stud.”

Yarradale transferred Vital Equine (Ire) from Gidgegannup to Serpentine two years ago.  “He’s at one end of our property away from the mares and that’s helped him relax,” Tracy explained.  “The stallion yards at Yarradale are on a hill overlooking the mares and that made it hard for him to settle down.”

Among the Rodwell-owned mares ready to foal or to be covered by Vital Equine are Nip O’Reilly (O’Reilly), Arrasene (Fastnet Rock), Bomberosa (Pins) & Valsala (Kenvain).

Last week, Sushi Quatro (Key Business) foaled a full-brother to Rockon Tommy who split the Vital Equine trifecta on Saturday.  Bill Doughty owns the mare and has trained Rockon Tommy to 4 wins and $141,000 in prizemoney. 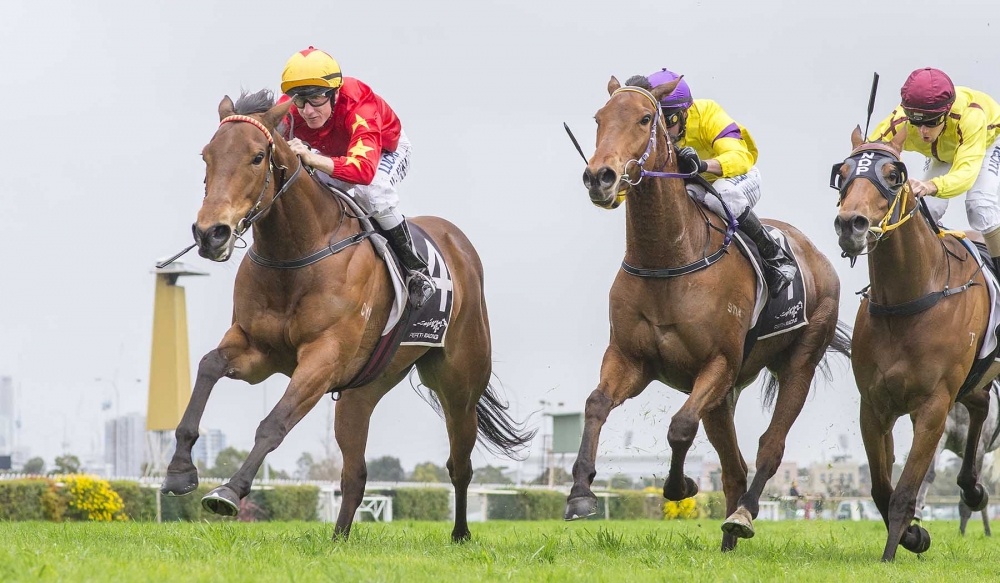