Duck never in danger at Belmont

Mungrup Stud homebred Duck Duck Goose is going out for spell on a high after a front-running victory at Belmont.

The Lindsey Smith-trained mare was never in danger of being run down in the Better Your Bet Maiden (1650m) on Saturday. Rated perfectly by Mitch Pateman, she won pulling up at her third and final start this prep from Ouqba Ted (Ouqba) and Lennon’s Song (New Approach).

“She ran into a good one first-up and didn’t get any room last time,” Pateman explained. “She’s a big mare and likes room to move. She’s rock-hard fit so I let her roll and she did the rest.

“She’s off to the paddock and can come back a very nice mare. Mungrup Stud have been great supporters of my family and it’s good to ride a winner in their colours for Gray & Jan Williamson.”

Smith said the winner has a bright future and will be handled patiently. “We were going to run her over a mile at her first run but she jarred up after a trial and that meant we had to start off at 1000m. We’ve been waiting for one of these races and she bowled along with that big stride to win with ease.” 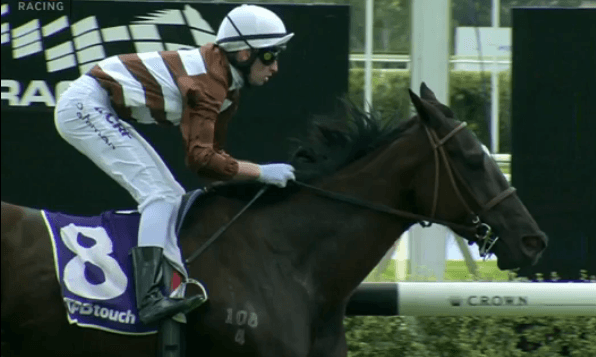