He reeled in runaway leader Beauty Day to score by a half-length in the Los Angeles Hcp (1600m).

Millard’s last hat-trick was in March 2014 and he equalled that mark when Harbour Alert (Alert) and Gorgeous King (Fastnet Rock) filled out the three-timer.  The South African horseman has bounced back after a frustrating season in 2017-18 when he lost numerous horses to newcomer Anthony Freedman.

“It was a serious kick in the teeth but that’s life,” Millard told South China Morning Post.  “You’ve got to adapt.  I haven’t been here for 20 years for nothing.”

Elusive State was having his first start for Millard after being prepared by recently retired trainer Derek Cruz.  “It’s always nice to have these kind of horses,” he said.  “You’ve always got to be thinking how to improve them and hope they keep winning more races.”

Elusive State created a big impression winning a Te Rapa juvenile on debut in June 2016.  He was rated a Guineas horse but was exported without another start in NZ.

He has been joined in Hong Kong by All American’s G1 Queensland Derby winner Dark Dream.  He was the subject of a $2.50 million offer on behalf of new owner Albert Hung, an influential and highly-respected businessman who is deeply invested in Chinese sports and charities.

Dark Dream is now in the care of rookie trainer Frankie Lor and had his first gallop at Sha Tin on Thursday when cruising over 400m in 28s. 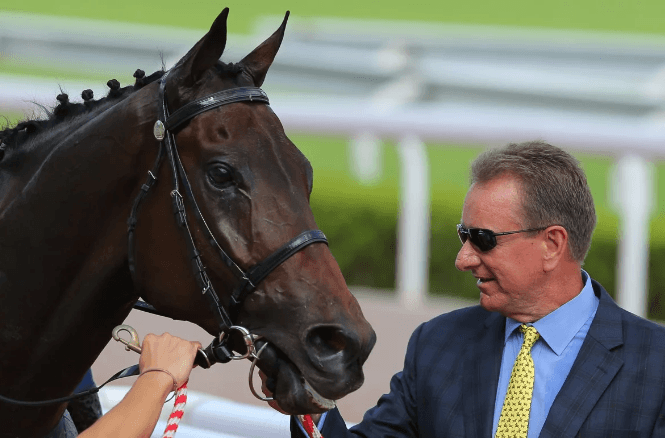