Yarradale Stud’s exceptional start to the season has been complemented by numerous well-bred foals at Gidgegannup.

Among the newcomers is a Bradbury’s Luck half-sister to last-start Belmont winner Metro Boy. Their dam Born Princess (Elusive Quality) was successful in Melbourne for Yarradale owner Ron Sayers and the grey filly follows a Gingerbread Man filly from last year.

Fire And Rain kicked-off a winning treble for Yarradale at Belmont on Saturday with a courageous victory in the D’Orsogna Plate (1200m). A post-race vet inspection revealed he pulled up lame in the near foreleg.

Fire And Rain (Oratorio) is raced by Harvey Crossman’s Lima Syndicate and his dam Girl In A Storm (Metal Storm) is an Ascot-winning daughter of Genuine Girl (LR Crystal Slipper Stakes).

Yarradale stallions weighed in with a double at Belmont thanks to Kelly’s Secret (Scandal Keeper) and Electric Light (Vital Equine).

Kelly’s Secret was driven through a gap by Glenn Smith to break his maiden as the $1.50 favourite in the TAB Touch Maiden (1650m). Trained by Adam Durrant for owner-breeders Joseph and Chris Kelly, he is a half-brother to their Perth winners Gracie May (Written Tycoon) and Kelly’s Callisto (Planet Five).

“He’s grown up mentally since coming back into work and put the writing on the wall behind Patrocity last time,” stable foreman Jason Miller said. “He’s done well since then and really hit the line today.”

Electric Light was profiled here after a last-start victory at Belmont on August 15. 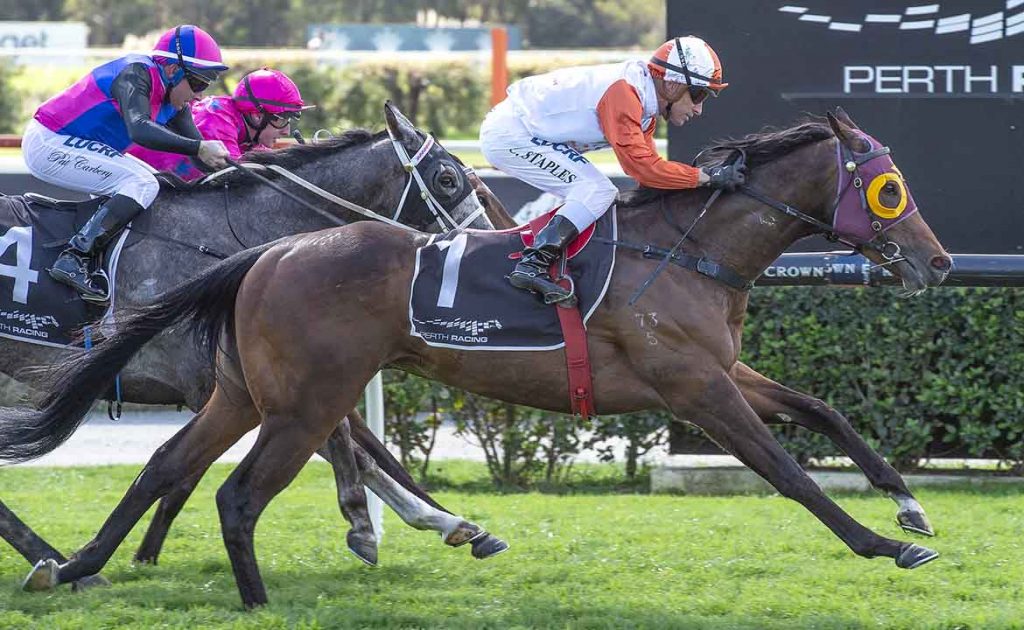