Blackfriars import Most Beautiful created history at Happy Valley on Wednesday night as the first Conghua-trained horse to win in Hong Kong.

The HK$3.7 billion facility is now officially part of Hong Kong racing environment and winning trainer Danny Shum was full of praise for the new set-up.  “It’s really easy to get them ready for the races,” he said.  “Most of the horses at Conghua are really happy and it’s been great for me.”

Most Beautiful (6g Blackfriars – Line Of Flight by Bletchley Park) swooped down the outside to win the Middle Bay Hcp (1000m) running away under apprentice Dylan Mo.  “He was dropping down to Class Four with a five-pound claim,” Shum explained.  “Tommy Berry rode him last season, so with the claim for Dylan, it was a 17-pound difference.”

Bred at Anita Vale Stud in Mardella, he raced as London Line in Perth and was the 29th stakes winner for Scenic Lodge champion Blackfriars in the LR Supremacy Stakes (1100m) at Ascot in February 2015.  He won the LR Fairetha Stakes later that year for trainer Dan Morton and was exported to Hong Kong in July 2016.

His dam Line Of Flight is a half-sister to Scenic Shot who won 17 races for Morton including Group 1 triumphs in a Mackinnon Stakes and two Doomben Cups.

Anita Vale’s Robert Anderson sent Line Of Flight to NZ and her latest foal is a 2yo filly by Reliable Man.  Her 7yo daughter Sky Rumba (Shrewd Rhythm) was covered by Blackfriars in his final book last year. 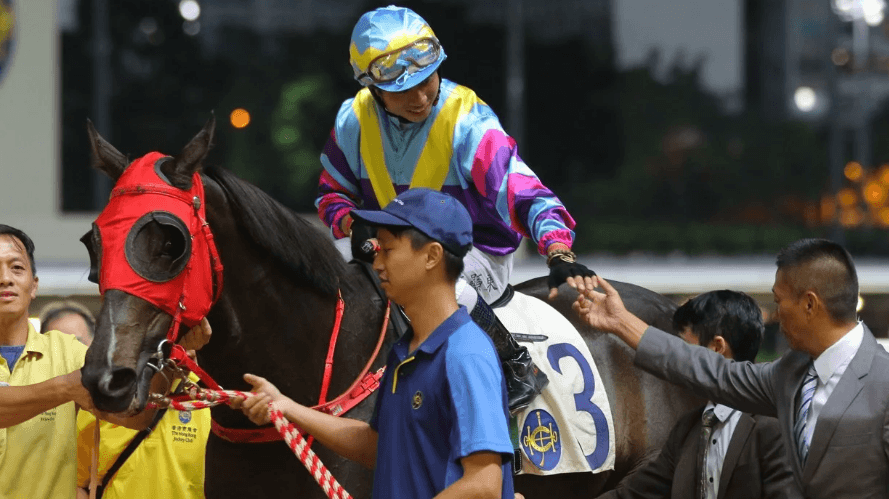