WA-bred star Leonardo Da Hinchi was a firming second favourite for the G1 Caulfield Guineas after another impressive performance on Friday.

Bred and sold by Gervase Park owner Chris Gales, he dispatched a smart field of 3yo colts in the G2 Stutt Stakes (1600m) at Moonee Valley.  “He got in a tricky spot but Brad (Rawiller) was patient and he had the horse to get over the top of them late,” trainer Darren Weir said.  “The Sydney colts could be a problem but you’ve just got to worry about your own horse and get them in the right shape on the day.

“This colt is a really nice horse and will be better in the autumn.  He’s a big rangy type but hopefully he comes through it well and heads on to the next level.”

Leonardo Da Hinchi tumbled into a $7 second-favourite for the G1 Caulfield Guineas on October 13 behind The Autumn Sun ($2.60).

A $100,000 graduate from Gervase Park at the 2017 Perth Magic Millions, he is raced by a syndicate that includes Black Heart Bart’s owner Kim Renner.  The Hinchinbrook colt had won at Echuca and Sandown late last season and began this term with placings in the LR McKenzie Stakes at Moonee Valley and LR Exford Plate at Flemington.

In 5 starts, Leonardo Da Hinchi has won 3 and been placed in 2 other outings for prizemoney of $185,250.  His dam Portrait (Octagonal) was a $13,000 buy for Gales at the 2015 Inglis Australian Broodmare Sale in Sydney and due to Awesome Rock at any tick of the clock.  She is a half-sister to Group 2 winner Jet Spur (Flying Spur).

Gales also boosted the Gervase Park broodmare ranks last week with the acquisition of 4yo mare Aphrodite Rock.  A winner at Cranbourne and Geelong for Lindsay Park last season, she’s by Commands from Vintage Rock (Thunder Gulch) and is a half-sister to Flemington stakes winner Ayers Rock. 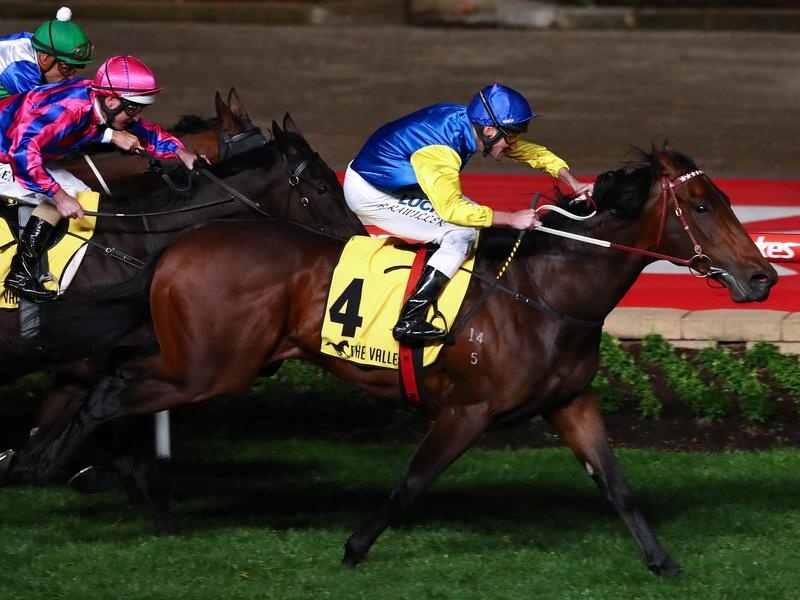