Back-to-back wins by Honorfic and Zetorio have given Mungrup Stud a running double at Belmont.

Honorfic (Danehill Express) had to be coaxed from the second-half of the field to win at Belmont on September 12 but he jumped straight into the box-seat for apprentice Brodie Kirby on Wednesday.

Front-runner Supreme Force gave his supporters a great sight in the Ascot Racing Carnival Hcp (1650m) until the furlong where the winner took control. “We were bottled up last time but he jumped really well today and I was confident on the corner,” Kirby admitted. “He chased the leader down and then wanted to switch off so I had to give him a reminder.”

Honorfic has won four times at the midweeks and, despite rising 4.5kg in the weights, trainer David Harrison will explore his options before climbing to Saturday company. The 4yo gelding races for Harrison and his wife Jenny in partnership with Graham and Megan Donovan.

A 14,000 buy at the 2016 Perth Magic Millions, he’s by former Mungrup sire Danehill Express and is the final foal from Datina (Le Grand Seigneur). His full-brother Toru Waimarie won 6 races in the Great Southern and Pilbara and his half-brother Delta Bay (Pricelessly) won the 2010 Apprentice Challenge at Ascot.

Zetorio (Oratorio) had won a Northam 3yo maiden on September 13 and flew under the radar for an $11 victory on Wednesday. He peeled off the heels of Seconda Vita in the straight for a half-length victory in the Magic Millions Hcp (1300m).

“He can be a terror at times but he’s got plenty of ticker,” part-owner and trainer Roy Rogers said. “And we’ve been patient even though he’s a very sound horse.”

Zetorio was bred by Lex & Shirley Piper and was a $25,000 Mungrup graduate from the 2017 Perth Magic Millions. His dam Zedfire (Zedrich) won 5 short-course sprints at Belmont before embarking on a successful stud career for the Pipers.

Oratorio is currently serving his 13th book for the Williamson family at Mungrup Stud and, apart from 5 WA 2YO titles, has sired 235 winners of 708 races for prizemoney over $22.37 million. 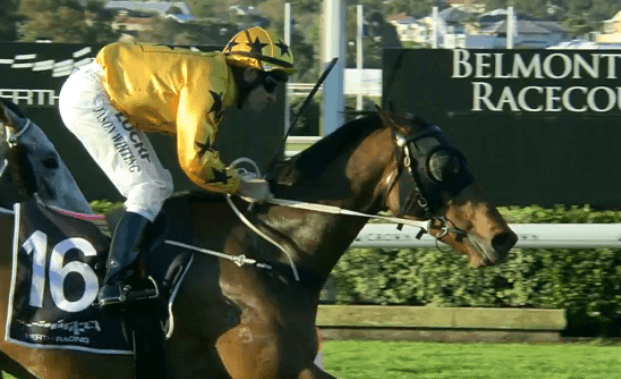