Bob Peters is a dominant figure in Perth’s racing ranks through a blue-blooded breeding program and a cold-blooded attitude to gallopers not paying their way.

In normal circumstances, Peters would have culled Battle Storm long before the 4yo gelding finally faced the starter for the first time at Belmont last Saturday.

Battle Storm had won a Lark Hill trial in August and bookmakers served him up as a $1.40 favourite for the Better Your Bet Maiden (1000m). With Willie Pike aboard, he tracked the leaders and then balanced up in the straight to win by the best part of four lengths.

“He’s got a short, sharp turn of foot and was very professional,” Pike said. “He didn’t stargaze once in front and I liked the way he ran right through the line.”

“It’s unusual for us to have a 4yo maiden…it’s been a long journey to get here,” Peters admitted. “John Price was going to train him in Melbourne but he had tendon problems so we brought him home.”

If the big, strong, bay gelding remains sound for leading Perth trainer Adam Durrant, it won’t be long before he cuts out that purchase price and two years of vet bills.

Battle Storm is by Statue Of Liberty, the sire of Champion WA sprinter Hay List, and Peters has already had success with the breed through his G2 Perth Cup winner Star Exhibit. 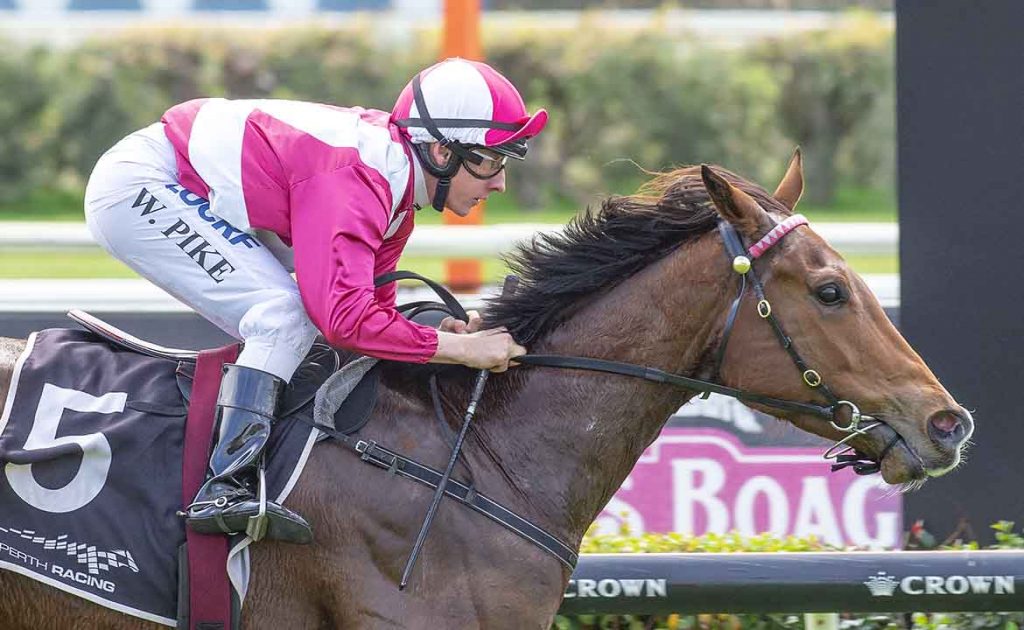