Axel ‘R’ Eight will be set for the 2019 WATC Derby after putting his staying credentials on the line at Belmont on Wednesday.

A 3yo son of Yarradale Stud sire Gingerbread Man, he won a Northam maiden over 2200m second time out and looked a rising star when following up over 2000m in town. “He’s a nice, progressive type,” trainer Darren McAuliffe said. “We treat them all as individuals but we’ve always known he would stay.”

That first foal didn’t fire but the second is going gung-ho and their dam was covered by Demerit at Taunton Vale earlier this month.

McAuliffe said Axel ‘R’ Eight would now be spelled in a post-race interview with Michael Heaton of RWWA on Wednesday. “He’s obviously got a good aerobic capacity and he’s very trainable over that sort of trip. His recovery is great, he’s got a lot of energy and he gets through his work and he bounces back so we can keep it up to him and he copes with it.”

His next campaign will hopefully climax in the G2 WATC Derby (2400m) at Ascot on April 13. McAuliffe knows how to prep a classic winner having trained Gatting (Hard Spun) to victory in the 2017 WATC Derby.

There was more good news on the foaling front at Yarradale thanks to Miss Strezelecki who delivered a Gingerbread Man colt recently. The Al Maher mare is also the dam of Mizlecki, a Listed winner of this year’s Raconteur Stakes, Sheila Gwynne Classic and Belmont Oaks. 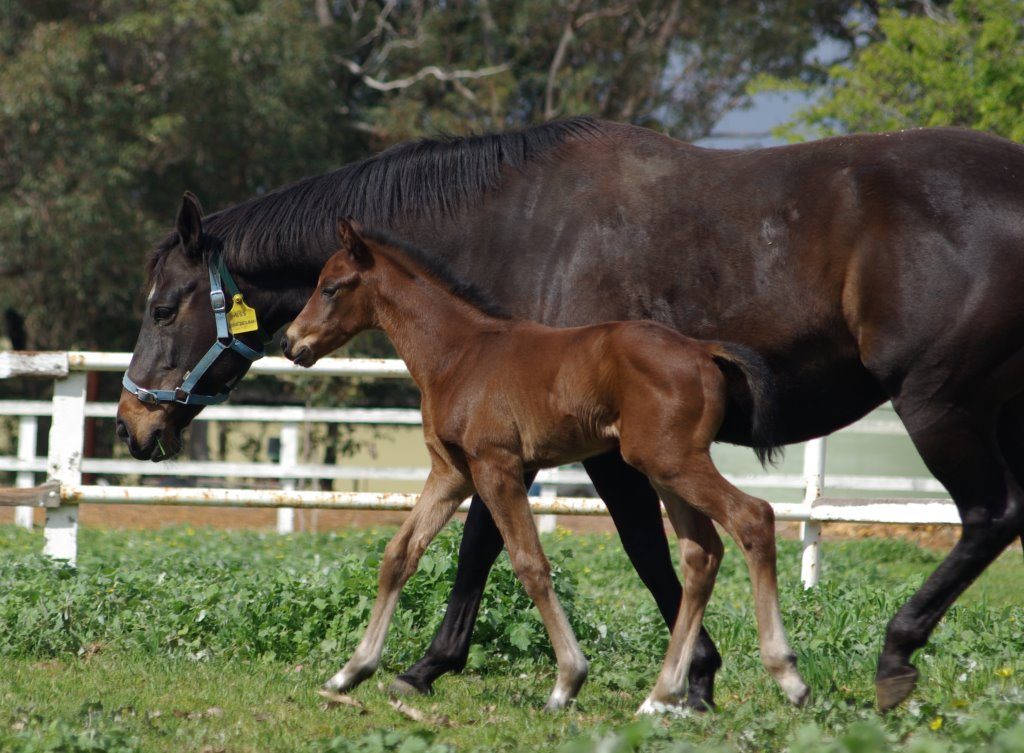 MISS STREZELECKI
Yarradale mare with her colt by Gingerbread Man