All American maintained his strong start to the season with a debut win by All A Spritz at Echuca on Saturday.

It was the Geisel Park sire’s 12th individual winner this term and followed the first-up victory of Crystal Billy for Team Hawkes at Goulburn on Friday.

All A Spritz galloped freely in front for Linda Meech who gave him a quick flick at the furlong to keep his mind on the job. He’s trained and part-owned by Peter Morgan with long-time clients Bruce Mathieson and Rick Smith.

Crystal Billy powered home from the second-half of the field to win the Harris Scarfe Plate (1300m) on Friday. He was returning from a first-prep placing at Wyong in February.

“Koby Jennings gave him a beautiful ride,” Team Hawkes tweeted. “The pace was genuine and it’s onwards from here.”

Crystal Billy is a homebred for a partnership comprising Dom Neate, Darren Pearce and James Heddo. They used All American over Crystal Club (Delago Brom) who won 5 races around the NSW provincial and country circuits.

All American was also in the spotlight at the Thoroughbred Breeders NSW Awards at Randwick on Saturday. His 3yo gelding Dark Dream won the G1 Queensland Derby and the NSW Small Breeder Of The Year award for Mary-Jane Basson.

Dark Dream has been sold to Hong Kong and will be trained by Frankie Lor. As part of the transaction, Basson included a clause ensuring he will be repatriated to retire in Australia. 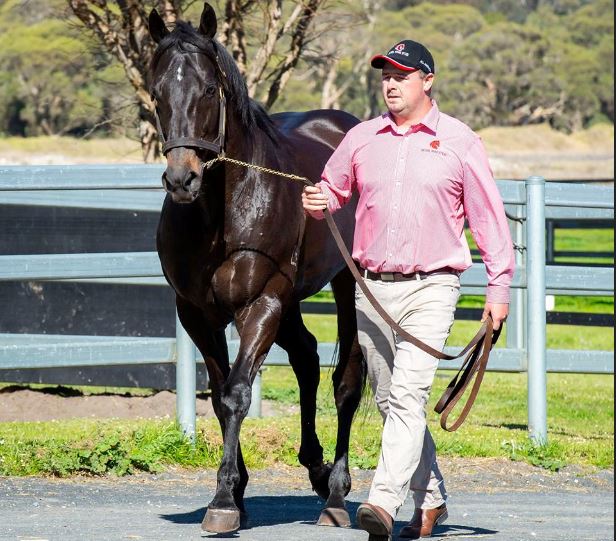