War Chant (USA) unveiled another stakes winning filly of the future when Dance Music bolted in at Belmont on Wednesday.

A runaway debut winner at Northam last month, she cruised in front and then let down with a quick sectional for another three-length victory in the Hahn Superdry Hcp (1200m).

Dance Music is trained by Simon Miller for owner-breeders Neven Botica and Matthew Sandblom. “Bart Cummings bought her dam Fast Flowing (Dubawi) and she won a couple of midweek races here before going to War Chant,” Botica said. “Simon is doing a great job with this filly and has liked her since Day 1.”

“She’s very good and that win was a stepping stone to the summer carnival,” Miller predicted. “She will go to a Saturday race now and then we will decide where to go from there. She’s only light and will hopefully develop and hold more condition.”

If Miller can get enough work into Dance Music, he will target the G3 Champion Fillies (1600m) on November 17. Otherwise, there’s sprints like the LR Placid Ark Stakes (1200m) on November 24 and LR Sir Ernest Lee-Steere Classic (1400m) on December 8.

The latest foals by War Chant are on the ground at Yarradale Stud and include a filly from Blackwood (Blackfriars). She was raced by Ron Sayers, Peter Bartlett and Judith Kersley to win the 2015 LR Burgess Queen Quality and finish third in that year’s G3 Champion Fillies. 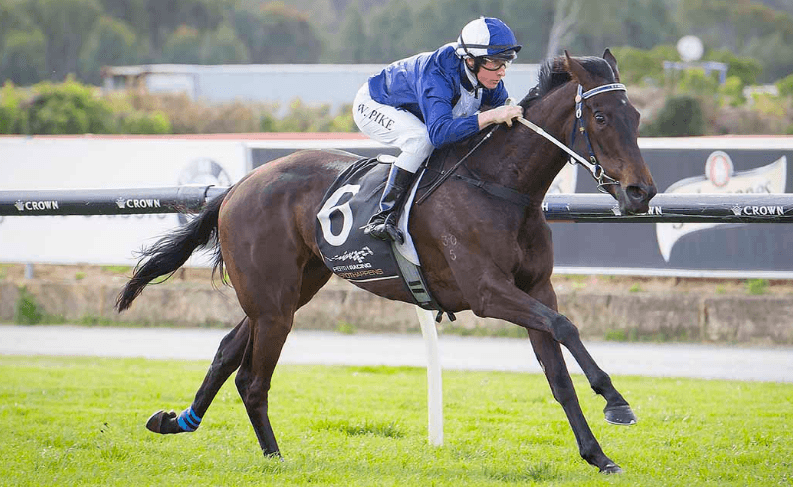