Alcina capped a winning long-weekend for Yarradale Stud sires at Northam on Monday.

The War Chant 3yo filly led home a Yarradale trifecta at the Queen’s Birthday meeting in a blanket finish from Angry Annie (Vital Equine) and Ice Maker (Discorsi).  She had won on debut at Ascot in February and was resuming from a short break in the Avon Valley.

Alcina cost trainer Paul Jordon $20,000 at the 2017 Yarradale Stud Sale.  She’s the first foal from Opera Seria (Oratorio) who won at Ascot & Belmont for Keith Biggs.  Her second is a City Place 2yo colt that cost Price Bloodstock $40,000 at the 2018 Perth Magic Millions.

Electric Light is the most consistent horse in training in Perth with 6 wins and 2 placings from 8 starts since a successful debut at Northam in June.  She started an odds-on favourite in a Benchmark 72 sprint at Belmont and justified that quote when defeating battle-hardened stallion Reykjavik by three-quarters of a length.

Trainer Adam Durrant is considering a trip to Kalgoorlie for the LR Hannan’s Hcp (1400m) on October 3.  “We put her through pre-training and there were a few different opinions,” he told Jay Rooney of The West Australian.  “One was to sack her but Willie (Pike) said there was something there.

“She just kept improving and it goes to show with a little bit of patience, sometimes they can turn things around.” 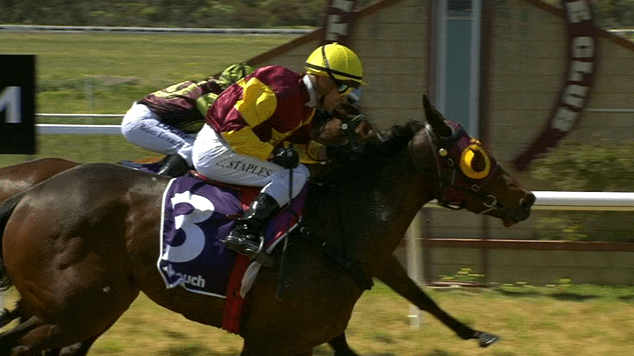