The winning run for Alwyn Park studmaster John Andrew and his clients continued with Salon Du Cheval, Double Digit and Mr Alby at Ascot on Saturday.

They followed an Ascot double on Wednesday with Cup Night and Brother’s Keeper and a provincial addition at Geraldton on Thursday with Trade Talk.

Trainer Lindsey Smith believes there’s more wins in store for Salon Du Cheval following the TABTouch-Better Your Bet Hcp (2100m).  He’s a son of former Alwyn Park sire Trade Fair (GB) and has won 4 times in 6 starts since a belated debut in May.

“He’s a promising stayer on the way up and it was a good performance to beat the second horse (Five Degrees) who was brave,” Smith said.  “We will keep pushing ahead to the Perth Cup unless he hits the wall.  He’s very tough and is rock-hard fit so will be hard to beat over 2400m.”

Salon Du Cheval is raced by Lynward Park’s van Heemst family who stood Trade Fair at Alwyn Park until he was put down in March.  The G2 Perth Cup is worth $500,000 and is scheduled for Saturday, January 5.

Andrew was also on the mark with Double Digit and Mr Alby who were part of his consignment to the 2015 Perth Magic Millions.

Double Digit (Demerit) was a $10,000 bargain from that draft and Saturday’s LWP Property Hcp (1600m) increased his earnings to $168,000.  He thrives on a training routine that involves lots of beachwork with trainer Ash Maley at Lancelin

Mr Alby (Alfred Nobel) is trained by Paula Wagg for owner-breeder Cooni Chua after being passed-in for $60,000.  He’s a half-brother to Balmont Girl, a Group 3 winner of the WA Oaks and Asian Beau Stakes for Wagg and Chua in 2014.

Cup Night kicked off the Alwyn Park midweek double in the Ride To Conquer Cancer Hcp (1200m) at Ascot.  Prepared by Bernie Miller, he had been placed in the LR Perth Stakes in February and broke the ice in a Northam maiden last month.

His sire Maschino stands at Alwyn Park and from a handful of starters has sired city winners Cup Night, Fabergino, Snowchino, Fa’lion Maschine and Scooter’s Machine.

Maschino is owned by Jim Anderson and he is still open for late bookings this season for $3,000 (inc GST).  Anderson also won with his homebred Brother’s Keeper (Casino Prince) on Wednesday.

Brother’s Keeper is an older half-brother to Maschino’s last-start Bunbury winner Cockney Crew.  Their dam Happily (Galileo) has a yearling filly and filly foal by Maschino. 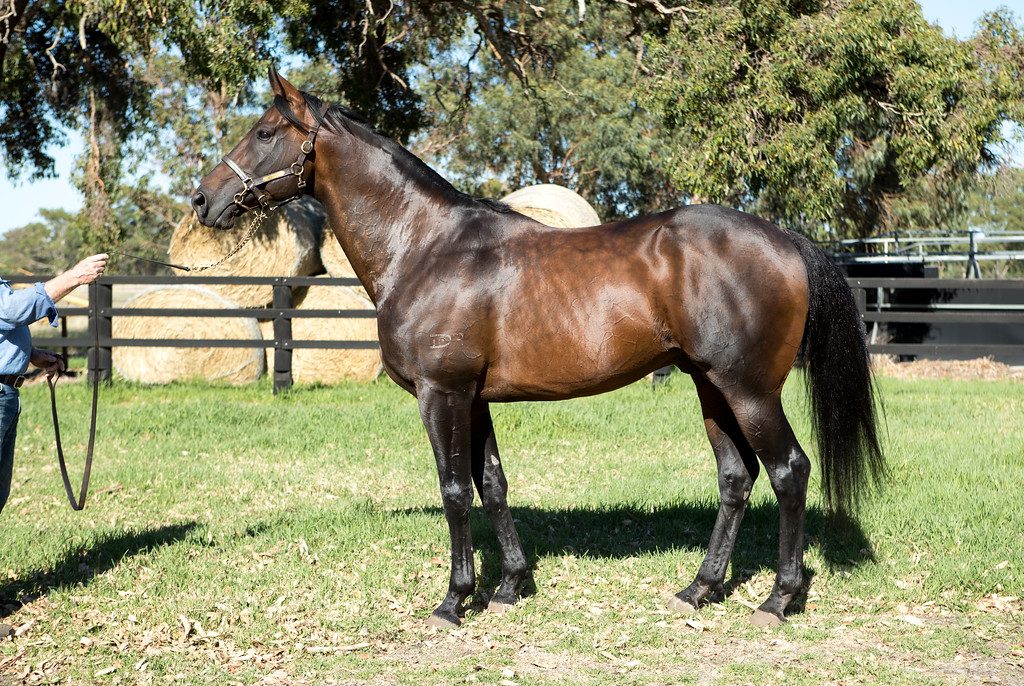