Trainers Ben and Dan Pearce were mystified when Agent Pippa was asked to carry 57.5kg in the Crown Towers Hcp (1000m) on Saturday.

The Demerit 3yo filly should have been allotted 55kg but she shouldered the extra lead to land in front and bolt in by two lengths under Joe Azzopardi. “She should have gone around with 55kg,” Ben Pearce declared. “We’re still trying to get our heads around why she was given that weight.”

Agent Pippa was coming off a seven-day break against older horses after a game first-up fifth in the TABTouch 3YO Classic (1000m) at Bunbury. “She did a super job last weekend and pulled up really well. She rolled along in front and they only swooped on her in the last 50 metres.

“We were excited to bring her back to Ascot. She did so well here last season.”

Agent Pippa had won Perth’s first juvenile event back in October beating subsequent stakes performers Princess Pierro and Platoon. Back in training for the autumn carnival, she was third in the LR Supremacy Stakes and then gave a sizzling front-running exhibition in the G3 Gimcrack Stakes.

“She was being set for the (G2) Karrakatta but had to be scratched due to a hoof abscess,” Pearce recalled. “We were absolutely gutted.”

Owner Wes Martin bought her from Kent Johnston who stands Demerit for a $5,500 (inc GST) fee at Taunton Vale near Dardanup. She’s from the south-west studmaster’s mare Female Agent (Commands) who won at Ballarat and Wyong for John McArdle and Joe Pride.

Female Agent has a yearling colt by Demerit and she foaled a filly by the Group 3 winning son of Lonhro in August.

Martin sold a half-share in Agent Pippa to Melbourne businessman Rod Menzies subsequent to her winning debut in a deal brokered by bloodstock agent Tony Cavanagh (FBAA). She crossed the continent but went shin-sore prior to the G3 Maribyrnong Plate.

Connections have several options for Agent Pippa including the G3 Prince Of Wales Stakes (1000m) at Ascot on November 3.  And the only one with weight worries will be Azzopardi – she will carry just 51.5kg under the weight-for-age scale.

“Hopefully, Joey had a good feed last night,” Pearce Racing tweeted on Sunday. “He might not be eating much over the next 2 weeks!” 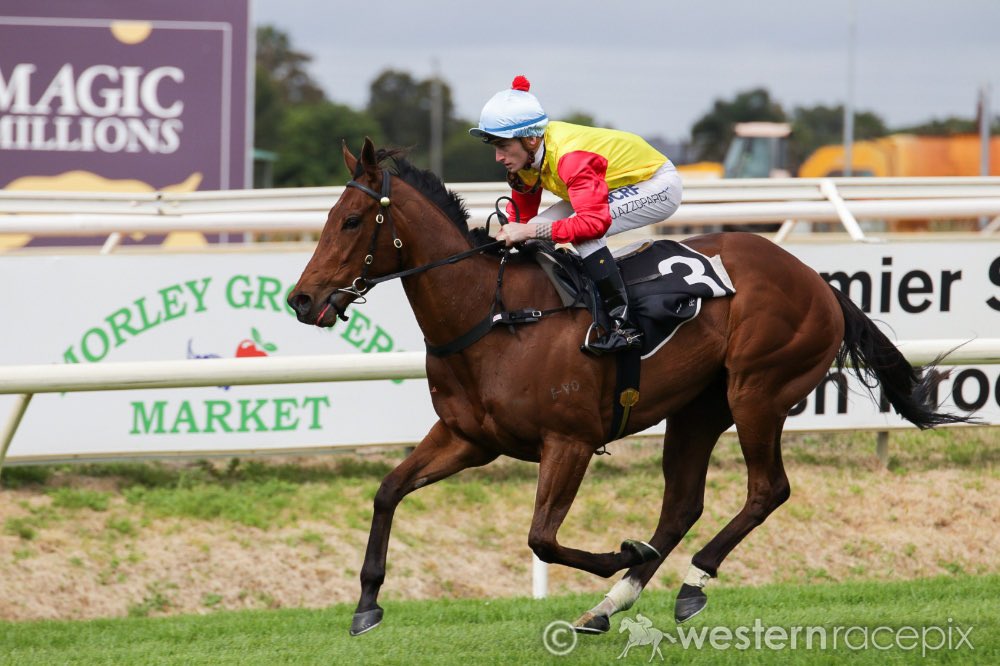