The daughter of Testa Rossa made it 8 from 8 with a first-up victory over Group 1 winner Great Shot in the LR Birthday Stakes at Belmont.  Third-placed Disposition (Reset) was also bred by Peters and is out of Testa Rossa mare Test Case.

Enticing Star will be set for the $1 million G1 Winterbottom Stakes at Ascot on December 1 but her program towards the $1 million sprint hasn’t been set in stone.  “I just wanted to get today out of the way before making any decisions,” Peters said after the mare came from the rear of a five-horse field to win with something in hand.  “She carried 6.5kg less than the runner-up so had win if she was any good.”

Peters and his wife Sandra have had a hand in several winners of Perth’s premier sprint including Glory Hunter (Metal Storm) and Petite Amour (Prego).

Winning jockey Willie Pike told The West Australian the mare felt smoother than last campaign.  “The transition from floating to letting down seemed a bit more fluent,” he said.  “The moment I showed her daylight, she was bang on to the right leg and just took off.”

Peters bred her by using Testa Rossa over Favourite Star (More Than Ready), a Bunbury and Pinjarra winner who also earned a black-type placing in the Challenge Stakes LR at Ascot.

She is closely related his Group 2 winners Perfect Jewel (WA Guineas) and Star Exhibit (Perth Cup).  Peters bought into the family at the 2001 Inglis Easter yearling sale when he purchased their second dam Lady Ashford (Royal Academy) for $130,000 from Vinery. 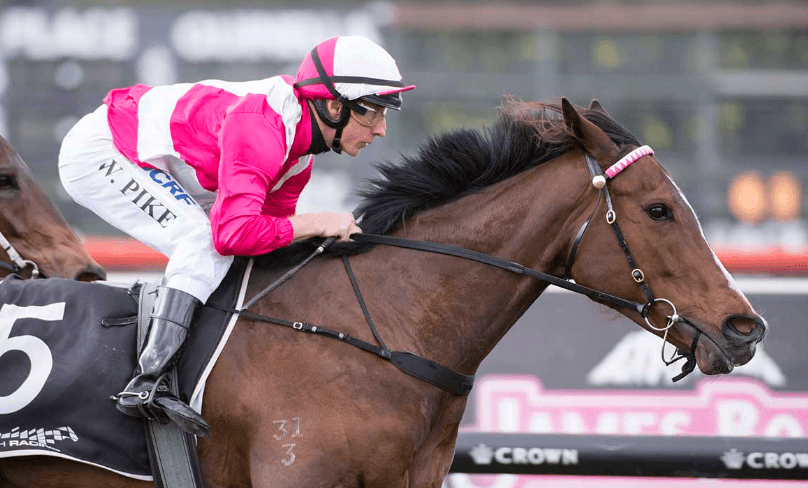