The Lindsey Smith-trained gelding powered home to complete a hat-trick at the stand-alone meeting in the south-west on Saturday.  “He’s a lovely, quiet horse in the stables and we have a good opinion of him,” jockey Dan Staeck said.  “He was very strong at the finish and it’s just the stepping-stone for bigger things ahead.”

Salon Du Cheval (5g Trade Fair – Montahlia by Montjeu) was returning action after a promising first prep from May through to August.  He won a Northam maiden (1600m) on debut, followed up with seconds at Ascot (1800m) and Pinjarra (2000m) before signing off with wins at Belmont (2000m) and Northam (2200m).

Smith and Lynward Park’s van Heemst family will be hoping he can replace I’m Feeling Lucky (Bletchley Park) who won the G3 La Trice Classic at Ascot earlier this year before retiring to their stud in Bullsbrook.

Lynward Park stood Trade Fair (GB) at Alwyn Park until his death in March.  His latest find is the first foal to race from Montahlia (NZ) who won a LR Werribee Cup as well as three marathons over 3000m at Moonee Valley.

Agent John Chalmers (FBAA) bought her on behalf of Lynward Park for $80,000 at the 2012 Inglis Easter Broodmare Sale.  Her 2yo is an Alfred Nobel filly named Nobel Edition and she delivered one of the first foals by Mahuta in August. 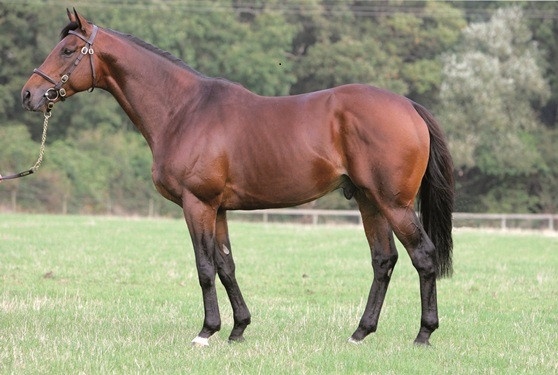