Taunton Vale stallion Demerit is on a roll with his brilliant 3yo filly Agent Pippa and her older brother Double Digit came to the party with more city prizemoney on Saturday.

Double Digit had been unplaced in 7 previous trips to Ascot and the prospects of a breakthrough looked bleak when he was pocketed behind a wall of horses in the LWP Property Hcp (1600m).

After getting the better of a bumping duel with Not Again Ken on the corner, he let down and collared Ouqba Jack (Ouqba) and Kia Ora Star (Blackfriars) to bank $41,000 for connections.

“He’s got plenty of ability and I was confident he would win as soon as he came out in the straight,” Lancelin trainer Ash Maley said. “He had been working terrific but it just depends on whether he turns up on raceday.

“There are two Digits and he pulled both out today!”

Double Digit is the first foal of the Tony Santic-bred mare Female Agent (Commands) who won at Wyong and Ballarat. Last-start Ascot winner Agent Pippa was her third foal by Demerit and she appears next in the G3 Prince Of Wales Stakes (1000m) at Ascot this Saturday.

Double Digit was bred Darryl Litton of Hamlin Bay Thoroughbreds and made $10,000 through the Alwyn Park consignment to the 2015 Perth Magic Millions. The Demerits have increased in value following that first crop and have since sold up to $145,000. 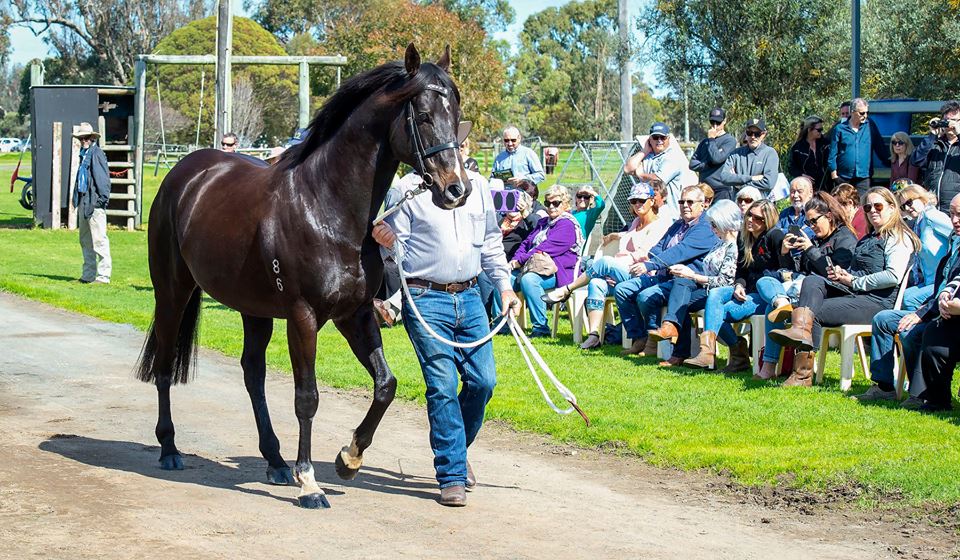