Saturday’s Criterium International (1600m) marked the fourth anniversary of Vert De Grece’s breath-taking victory in the Group 1 at Saint-Cloud but it was business as usual for him at Geisel Park.

The go-getting grey is covering his second book at Myalup and is a different beast to the horse that arrived in the south-west last year. “He’s a star in the barn,” stud manager Conor Dunlop said on the weekend. “There were no problems first-up but he’s the finished article now.

“The numbers have been very good and his fertility is running at 98%. John Andrew sent mares from his clients and lots of breeders are booking back after seeing his first foals.”

Vert De Grece (Verglas) won the 2014 Criterium International by four lengths on a soft track in a faster time than successful shuttlers Dalakhani (2001) and Thewayyouare (2007).

He struck a chord with leading local broodmare owners and was judged best of the half-dozen new stallions in WA last year. “Everyone commented on his appearance,” Dunlop recalled. “And now they’re more than pleased with his foals.”

All American (Red Ransom) has sired Group 1 winners Yankee Rose and Dark Dream, the latter was sold to Hong Kong for a reported $2.50 million after a classic victory in the Queensland Derby in June.

Owner-breeder Mary-Jane Basson sent his dam Buchanan Girl across the continent for another cover at Geisel Park. She foaled a Sheamus Award filly in September and was served by All American last Wednesday. 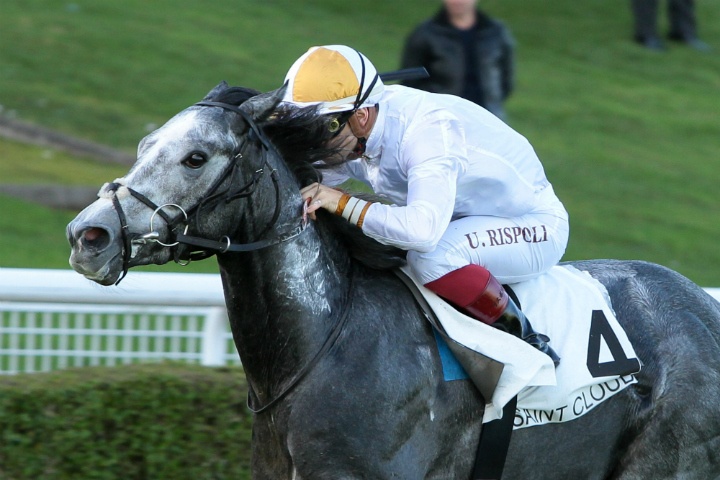